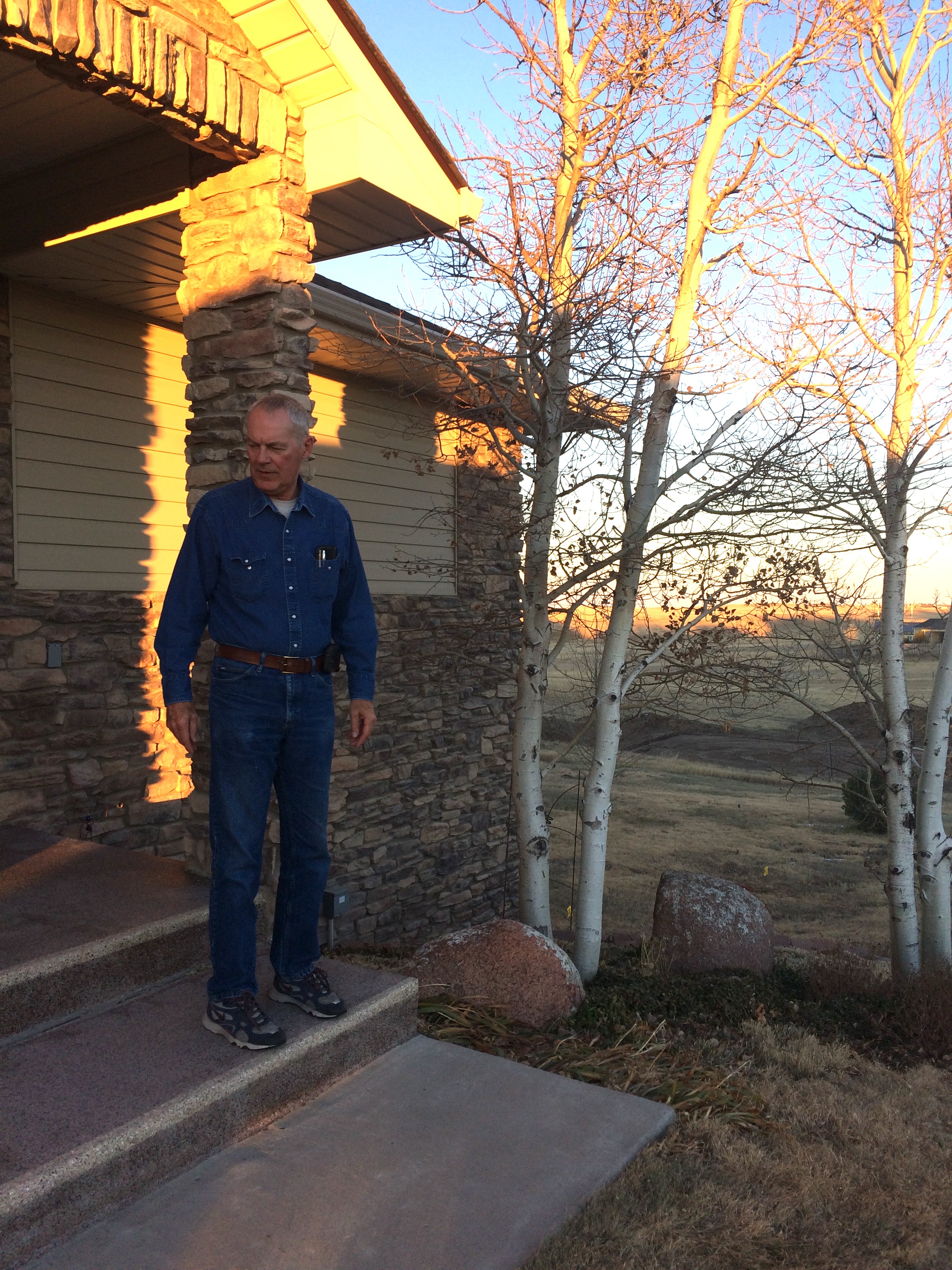 So far, Wyoming has largely managed to avoid the tensions over oil and gas development that have cropped up in other states. It’s not hard to imagine that it’s just a matter of time though, as companies have filed for hundreds of drilling permits in recent months in the vicinity of the state’s largest city, Cheyenne.

At an April meeting hosted by the Oil and Gas Conservation Commission, Cathy Moriarty, of Torrington, said landowners needed better protections.“I think the people of Wyoming are feeling very beleaguered by what’s happening, how quickly it’s happening,” she said. Unlike the common refrain elsewhere, it’s exceedingly rare for anyone in Wyoming to call for a ban on drilling or even protest the status quo. Despite that, there are signs that tensions are rising. At the November Oil and Gas Commission hearing, commissioner Tom Fitzsimmons surprised the room with a rare public rebuke of an oil and gas company.  He told executives from Cirque Resources that he had been speaking to landowners in Laramie County and the company “didn’t get great grades.” In an interview afterwards, Fitzsimmons said that shot across the bow was not just directed at Cirque, but at all companies operating in Wyoming.“There is opportunity to improve upon the situation and take out the tension, at least where it’s at right now,” he said, adding that there’s a common misconception that because Wyoming has had so much oil and gas development in the past, companies don’t need to engage communities. “In the Big Horn Basin, we’ve had production for over 100 years. It doesn’t mean that because it’s been there that long, that you don’t go and share with the community what your plans are.”Although Fitzsimmons didn’t use the term, he was hinting at the concept of social license, the idea that having government permits in hand isn’t enough  – companies need to have community buy-in as well.“We need companies to not be uncomfortable with disagreement,” he said.Disagreement with people like Barry Bruns.  “We should not have to give up our equity, our way of life, our health and well being to have a particular well site become more profitable to the oil company,” said Bruns, a retired Air Force colonel. He and his wife live in a subdivision just north of Cheyenne. From their living room, the closest drilling rig is barely a black speck on the horizon, for now, but a company has already done preliminary exploration around his house and Bruns is sure that soon enough, those rigs will be much closer. By the time they are he’d like to see more oil and gas companies thinking about social license, whether by choice, or because the state makes them.“We need to find a statesman-like person or group of people, whether it’s in government or outside of government, who can bring all the parties together and say ‘we’re going to stop this confrontational model,’” he said.The Oil and Gas Commission took a stab at that last month when it drafted a proposal that would require companies to notify anyone who lives within a 1000 feet of a proposed well site of their plans. As it’s written though, notification doesn’t have to happen until 30 days before drilling starts.“I guarantee you if they’re going to drill a well on a pad 30 days from now, all of their plans are made,” Bruns said, pointing out that it doesn’t leave a lot of time for constructive dialogue.The rule is out for comment and could be changed before it’s finalized. Bruns says as is, it leaves the door open for growing conflict, something he thinks everyone would be better off without. But he’s hopeful that Wyoming can come up with a different model, and a different outcome than elsewhere in the country.“It would make Wyoming a leader in oil and gas development. This would be the place to develop it.”With Wyoming poised on the edge of a new oil boom, the timing is right.