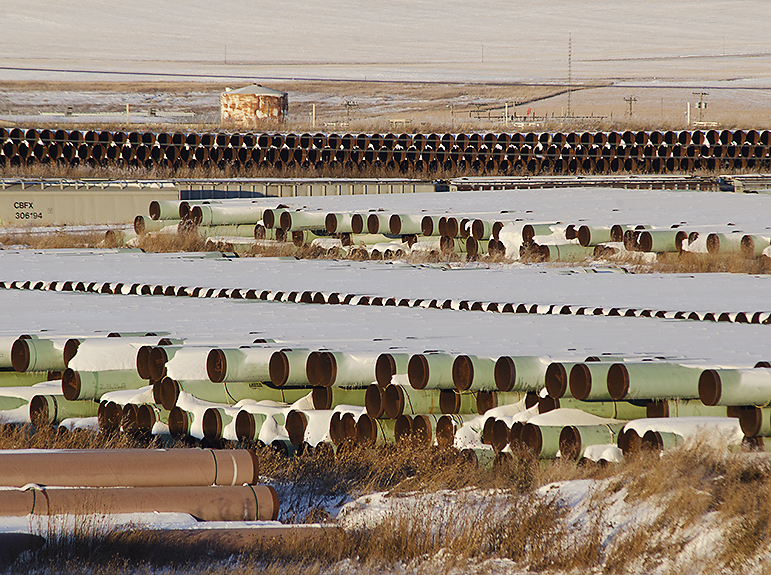 One of the first things the Republican majority in the Senate will take up when the new Congress convenes is a bill to approve Keystone XL. That’s the controversial pipeline owned by TransCanada that would transport Canadian tar sands crude to refineries on the Gulf Coast, picking up oil from North Dakota along the way. But in the six years the pipeline has been delayed, some oil companies have moved on. So why is it still so popular with Republicans?

Here’s what Senator John Hoeven, R-North Dakota, has to say: “It is about energy. It is about jobs. It is about economic growth and it is about national security by building a secure energy future for this country and not depending on the Middle East for our energy.”

In other words, Keystone XL has come to represent an “all of the above” energy strategy that doesn’t discriminate against fossil fuels. But there’s another reason why Republicans have latched onto the pipeline—because environmentalists have, too.

“You had one very prominent environmentalist saying if Keystone is put into place it’s ‘game over for the climate.’ That’s a pretty extreme statement. But that triggered a lot of protests. And a lot of groups put a lot of energy into trying to at least delay Keystone and potentially block it,” said Barry Rabe, a political science professor at University of Michigan.

As Keystone has become central to each side’s political agenda, one group has become increasingly disinterested in the pipeline: oil companies in North Dakota.

Harold Hamm is the CEO of Continental Resources, one of the largest oil producers here. He recently told reporters the pipeline was “irrelevant.” Roger Kelley is the director of regulatory affairs for Continental. At a recent meeting in Bismarck, he confirmed that.

“We’re successfully transporting crude by rail right now,” he said. “There are other issues that are much more important.”

In the absence of a pipeline, oil companies are moving by train some 800,000 barrels of oil a day out of North Dakota, even though that is more expensive and puts trackside communities at risk. Plus, even if the pipeline were built, it will carry less than 10 percent of North Dakota’s daily oil shipments.

Despite this, Helms said building Keystone is still important to oil companies here because it is a symbol of their ability to get a large interstate pipeline for crude oil permitted and constructed, something he called “critical.”

Beyond the pipeline’s symbolic importance to the GOP, there’s a personal story that helps explain support for Keystone. And it has to do Senator John Hoeven, sponsor of the Keystone XL bill.

Senator Hoeven was Governor Hoeven back when the oil boom in North Dakota first took off in the mid-2000s. It became immediately clear the state did not have a good way to move all that oil.

“At that time the only two possibilities were crude by rail or Keystone XL,” said Helms. “And Governor Hoeven invested a lot of time and effort really pressuring TransCanada and Keystone XL to create an opening for North Dakota crude oil.”

For Hoeven, building Keystone was a way of making sure North Dakota didn’t get left out of the fracking boom. And for Republicans, that’s what it still represents: keeping government out of the way, so oil and gas development in America doesn’t fall behind.