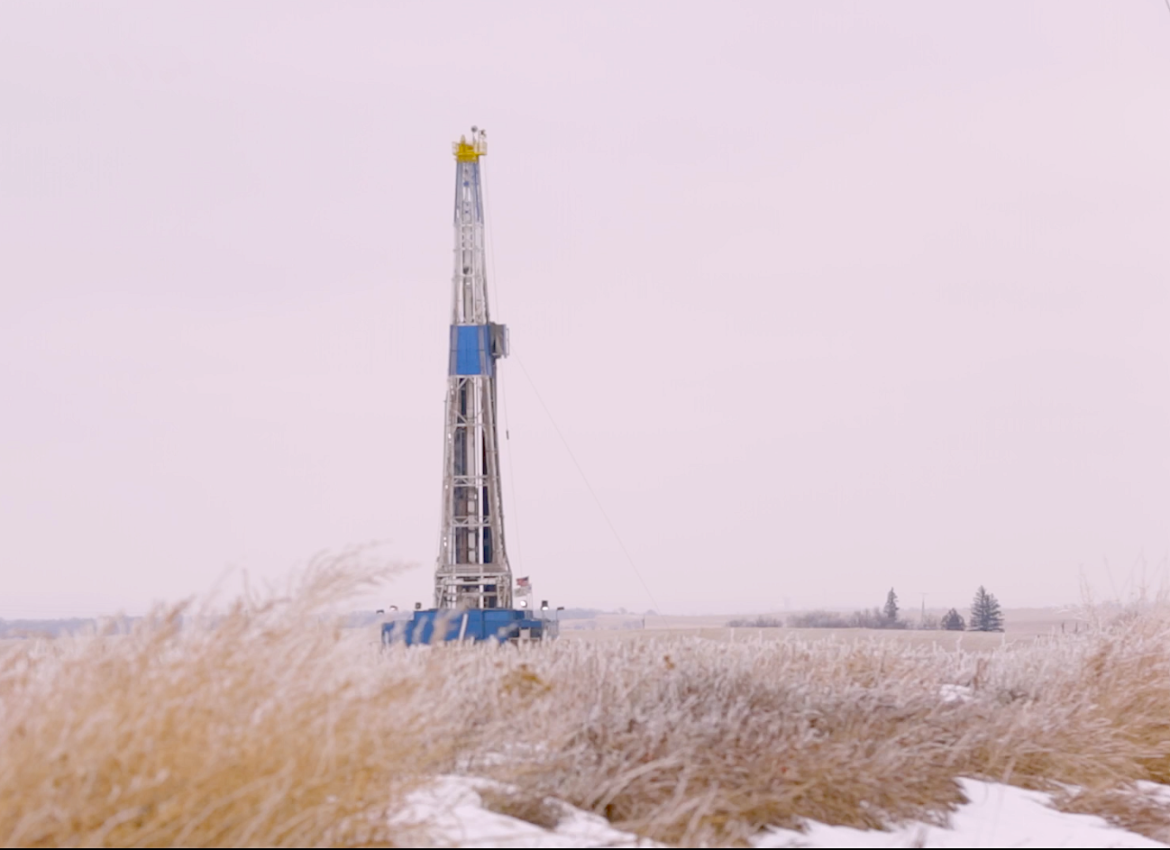 We’ve been hearing a lot about crashing oil prices lately. Crude oil is selling for $46 barrel today compared to over $90 a year ago. The price drop is great news for consumers and terrible for oil companies. But not all oil companies — or oil fields — are created equal. When oil prices drop, size and location matters.

McAndrew Rudisill knows this. He’s the CEO of Emerald Oil, a small, Denver-based oil and gas company that only operates in the Bakken shale of North Dakota. He’s got about 50 wells — minuscule compared to giant oil companies like Continental Resources, with 1000 wells in the Bakken alone and more in places like Colorado and Oklahoma.

Small companies like Emerald are likely to feel the impact of dropping oil prices first, says Niles Hushka, CEO of KLJ, an engineering firm in Bismarck. It is harder for smaller firms to quickly get loans and additional financing. With fewer wells, they also have less money coming in to ride out tough times. Companies in the Bakken need a lot of money to keep drilling. New wells can cost up to $10 million each.

Another factor that makes smaller companies more vulnerable is a lack of geographic diversity. Larger companies, Hushka says, “will have resources that are spread throughout a number of oil plays and therefore they’re much better protected” than small companies who may only have wells in the Bakken.

North Dakota oil companies have to pay much higher transportation costs than companies in Texas or Oklahoma because they are farther from Gulf Coast refineries and must transport much of their oil by train, which is costlier than pipelines. The price per barrel doesn’t reflect that cost, so when you hear that oil has dropped to $50 per barrel, oil companies in North Dakota are only getting about $37.

Geography within the Bakken matters, too, says Niles Hushka:

“If you’re in one of North Dakota’s hot spots, you’ve got a great big smile on your face.”

That’s because in the heart of the Bakken, like McKenzie or Dunn Counties, it’s possible to drill new wells and still break even with prices in the low $30s. In fact, that’s where most of the drilling rigs have moved in recent months. But in the more marginal areas, like Divide County, where operating costs are higher and wells don’t produce as much oil, it’s harder to justify the cost of drilling a new well.

As a small company, Emerald Oil can’t afford to drill a ton of new wells next year. That’s because a lot of oil gets produced in a well’s first two to six months, so Emerald needs that peak production to come when prices are higher, at least over $85 per barrel.

But they’ll still drill a few new wells in order to hang onto their mineral leases In North Dakota, companies have three years to drill a well before their mineral lease expires, assuming their lease is with a private mineral rights owner and not the government.

But other small companies are stopping entirely. Butch Butler is president of a Colorado-based oil company called Resource Drilling that is even smaller than Emerald. Butler jokes that he is the company’s landman, geologist, drilling engineer, operations engineer and whatever else needs to be done.

Butler has just one well in North Dakota, and a few months ago, the plan was to drill another two. When prices dropped, Butler put that plan on hold.

Butler’s been in the business long enough to have acquired a gallows humor about oil prices. Both times I talked to him in the past two months, he joked that things were bad, but he wasn’t quote “slitting his wrists” yet.

“I’ve been in this business 38 years,” he says, “and truly most of that time has been not so good.”

He’s come to expect dramatic swings and slides, so he doesn’t seem too fazed by the recent price drop. It’s a good attitude for an oilman to have.