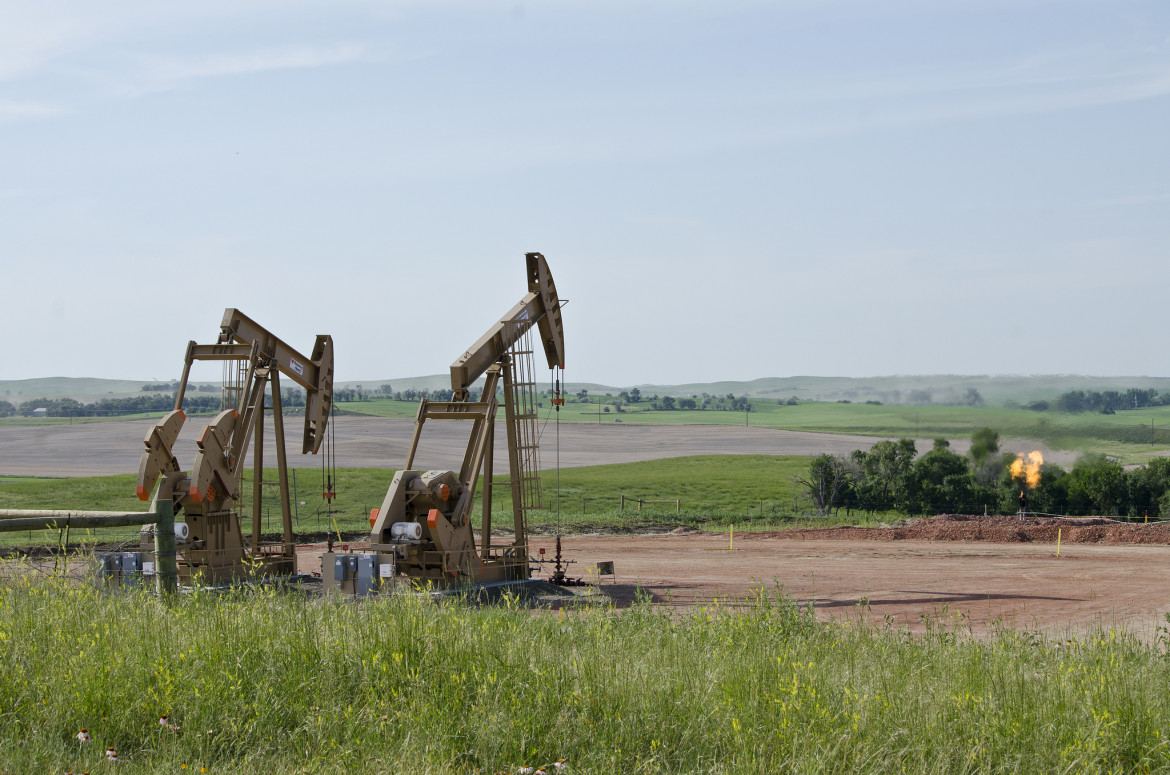 Every month, North Dakota’s Department of Mineral Resources hosts a press conference to discuss the latest oil production figures. It’s a pretty low-key affair: All of us local reporters show up and banter with the director, Lynn Helms, while our counterparts at the Wall Street Journal, Bloomberg and Reuters log onto the webinar. Then, at exactly 1:30 p.m., the web cam clicks on and we’re live.

This month, the only subject everyone wanted to talk about was oil prices–and not just in the webinar room in Bismarck. Google searches for “oil price drop” are spiking this month.

Why Drop in Oil Prices Could Squeeze US Economy!

–you’d think the situation is pretty dire for oil producers in places like North Dakota. Turns out reality is a lot more complicated than that.

The “break even” price for oil–in other words, the price per barrel at which it no longer makes economic sense to drill new wells–varies wildly, even within North Dakota. In some counties, like Divide and Burke, the break even price is above $80 per barrel. But some areas, like Dunn and McKenzie counties, are quite insulated from price fluctuations, with break even prices less than $30 per barrel. What gives?

Get ready: there’s a lot of factors that influence break even price.

In the early years of the Bakken boom, break even prices were pretty high, says Niles Hushka, the head of KLJ, a Bismarck-based engineering and consulting firm that authored a study on the oil and gas industry for the North Dakota legislature. That’s because companies were going out and drilling one well per pad just to hang onto their leases (companies have a certain amount of time to drill a well before their lease expires). Now, companies aren’t doing that as much. They’re doing “in-fill” development, building more wells on existing pads.

Because companies here are now doing more in-fill (and because the cost of drilling wells is dropping), break even prices in the Bakken are lower than at the beginning of the boom, and that means it’s actually not a bad time for prices to drop. “We’re much better equipped to handle price fluctuations today than we were even a year ago,” Hushka says.

But it won’t be that way forever, he warns. As companies empty the oil out of the most productive areas, they’ll turn to the more marginal places–places like Divide and Burke counties. That means break even prices will rise again, and companies will need oil prices to go up before it makes sense to drill.