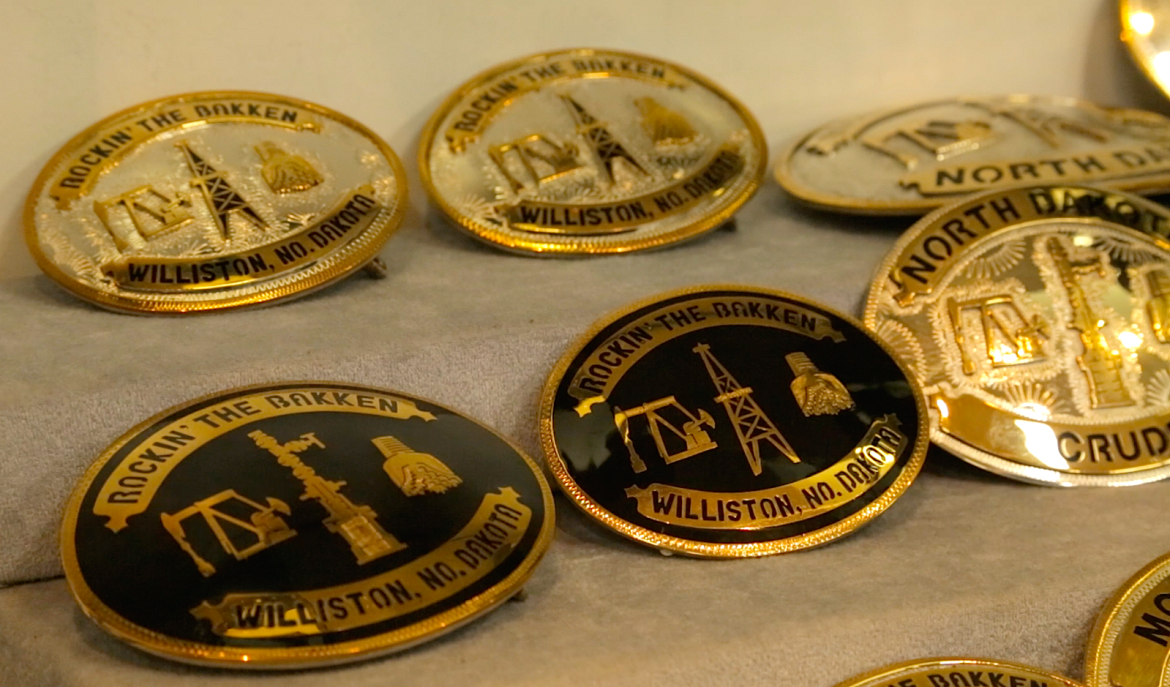 The story of falling oil prices and what it means for North Dakota can be told through 5 numbers.

That’s how much oil companies in North Dakota are getting paid for their oil. Note that that is much lower than the West Texas Intermediate price of $45.10, which is the price people are referring to when they talk about “the price of oil.” Much of the difference is in transportation costs. North Dakota is much further from Gulf Coast refineries than Texas oilfields, and nearly 60 percent of the state’s oil leaves by rail, which is more expensive than pipelines.

That’s the number of drilling rigs currently operating in North Dakota. That might sound like a lot, but it’s actually 28% lower than the record high back in May 2012. The rig count is a proxy for how many new wells are being drilled. It’s also a good indicator of how nervous oil companies are. High rig counts mean lots of companies are confident they’re going to get a good return on investment from their wells. Low rig counts mean they’re not so confident, and they don’t want to spend lots of money on drilling.

An “uncompleted well” is one that has been drilled, but not fracked. It’s just sitting there, not producing any oil. Department of Mineral Resources Director Lynn Helms says he’s never seen so many uncompleted wells before, “it blows any previous number completely out of the water.” This means that many companies don’t think the price of oil is high enough to justify the high costs producing oil: hiring a frack crew and a trucking company to carry wastewater and oil away from the well, paying the electricity to power the pumpjack, etc. They’re waiting for prices to rise before they move ahead.

They also may be waiting for something else to happen: a big tax cut. That brings us to number four.

This one is kind of confusing. There are two tax breaks that are tied to the price of oil in North Dakota: the small break and the big break. The one companies are waiting for now, the small break, kicks on after oil prices average $57.50 (this is West Texas Intermediate price, mind you) or less for one month. It cuts the extraction tax from 6.5 to 2%, but there’s all these conditions on that, so if you really want to understand the nitty gritty go read Section 57-51.1-03 (9) of North Dakota’s century code.

The big one is a much bigger deal, but it’s also harder to achieve. When the price of oil drops to $55.09 or less for five months in a row, oil companies do not pay any extraction tax on any of their newest wells. They still pay a five percent production tax, but their extraction tax drops to zero.

Tax Commissioner Ryan Rauschenberger estimates the state loses out on $100 million in tax revenue every single month that the tax break is in place. That’s $2.4 billion a year. And once the tax break comes on, it needs five consecutive months of prices above $55.09 to go away.

You might be wondering at this point if lawmakers here are freaking out. Well, that brings us to number five!

That’s the maximum amount of oil and gas revenue that can go into North Dakota’s general fund every two year legislative period. It comes out to about three to four percent of the total fund. The rest of the oil money goes into other funds that have very specific purposes, or gets socked away for the future. So North Dakota’s day-to-day state operations are actually pretty well insulated from wild swings in oil prices compared to a state like Alaska, which gets 90% of its general fund from oil and has no income or sales tax. That means even when the price drops, the lights will stay on at the North Dakota state capitol.