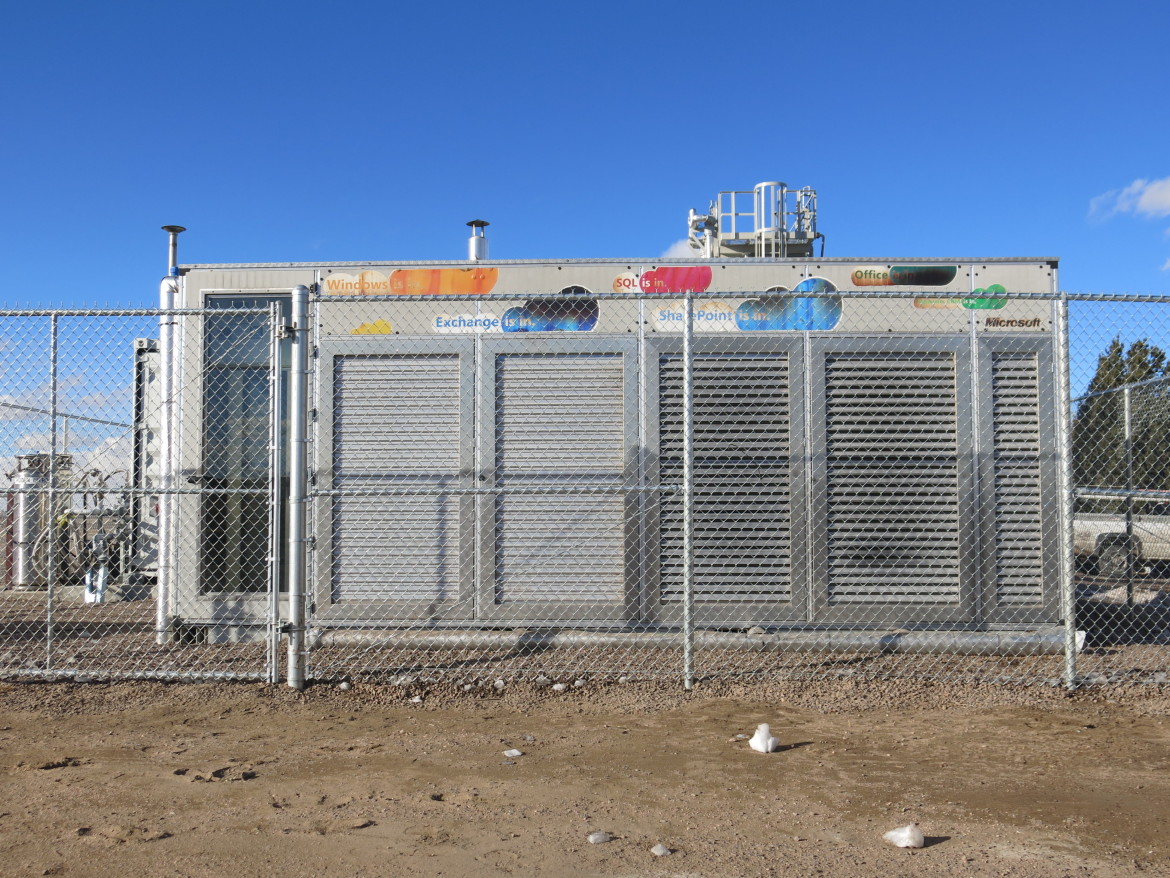 The experimental Microsoft Data Plant in Cheyenne, Wyoming is the first data center in the country to be powered solely by the wastewater treatment plant next door. Or more specifically, off of the methane that is emitted when what goes down our toilets and sinks is processed.

It sounds a bit gross, I know, but there is a good reason why Microsoft and other tech companies are experimenting with unusual ideas when it comes to powering data centers. That is because they use and waste massive amounts of electricity.

Why? Well, every time you check Facebook or send an email, or do almost anything online, that information is stored and processed by one of the nearly three million data centers in the U.S. In order to do so, these servers are often left on, even when not in use, so that they can be accessed at a moment’s notice.

According to a report from the Natural Resources Defense Council, in 2013 data centers consumed an estimated 91 billion kilowatt-hours of electricity. The report says that is enough electricity to power all the households in New York City for two years. That’s triple the energy that data centers consumed in 2000. Looking ahead, the NRDC projects usage will go up by more than 50 percent, by 2020. View data center electricity, overall and as a portion of U.S. electricity use, as a spreadsheet here.

The root of the problem is that most of these facilities run off the same electrical grid that we all use which is powered largely by fossil fuels. To top it all off, most data centers get their back-up power from large diesel generators. So the Microsoft Data Plant is trying something greener: human waste.

Clint Bassett of the Cheyenne Board of Public Utilities met me at the ‘digester,’ which is where much of the wastewater treatment plant’s hard work is done. He broke down the process: “Our job is to remove everything that goes down the drain or down the toilet out of the water. We mimic mother nature with some biologic processes as well as some physical processes to clean the water.” Bassett explained that this treatment produces methane gas.  ‘The methane gas is cleaned up, then run through the fuel cell, that generates electricity and heat.”

That electricity powers the Microsoft Data Center which is just next door. It is part of a small but growing experimental trend. In North Carolina, for example, an Apple data center runs off methane emitted by a landfill. Hewlett Packard has looked into doing the same with cow manure. Microsoft believes that one day these facilities could be scattered or stacked at methane-emitting sites all over.

Sudeep Pasricha, a professor in the Department of Electrical and Computer Engineering at Colorado State University, studies efficiency and reliability in data centers. He explained that until recently companies have not had much incentive to clean up their energy usage because there is no government agency that tracks them and they are not required to disclose their electricity consumption. Within the industry, however, attitudes towards the importance of going green are changing.

“And that is essentially a kind of a stakeholder push,” Pasricha said.  “So people who are on the managing board or even customers of companies are now demanding that the services they consume do not have a massive environmental impact.”

Tech giants like Apple and Facebook have invested in renewables to run some of their data centers. Earlier this month, Amazon announced plans to build a massive wind farm in Indiana to power data centers all over the country.

Map: Wyoming Data Centers
This map shows known mega-data centers, based on a list from the Wyoming Business Council, in yellow. Microsoft’s experimental data center is in red. The company has two additional data centers under construction in Cheyenne that are not marked on this map.  Know of a data center that isn’t on this map? Let us know.