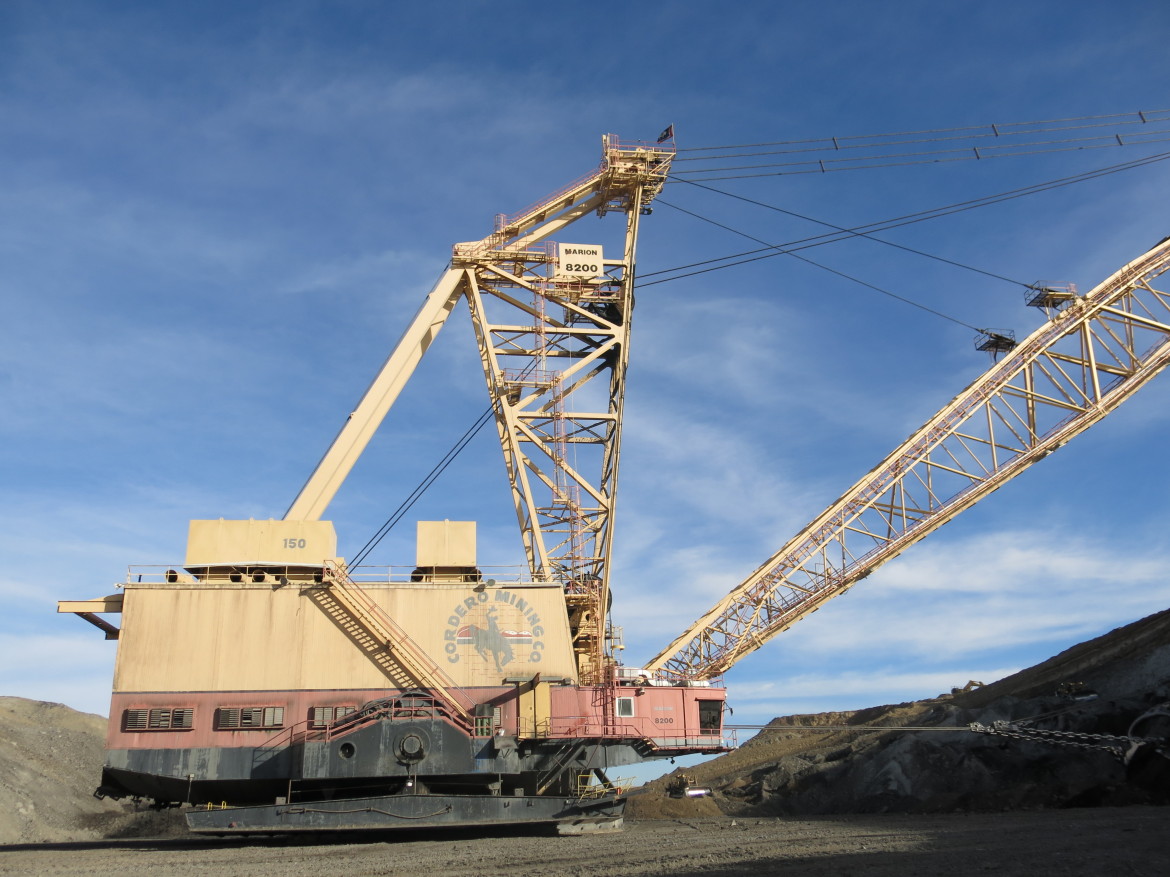 Dragline removes overburden at Cordero Rojo Mine outside Gillette, WY. It is the third largest coal mine in the country.

In Wyoming, people care deeply about issues that affect their land and energy resources.  A new EPA initiative to cut carbon emissions called the Clean Power Plan, aims to move electricity generation away from coal.  That idea is threatening because nearly 25% percent of state revenue comes from coal.  Inside Energy’s Leigh Paterson reports for the PBS Newshour at both sides of that fight.

Check out Leigh’s radio story for more on what’s at stake for American coal.