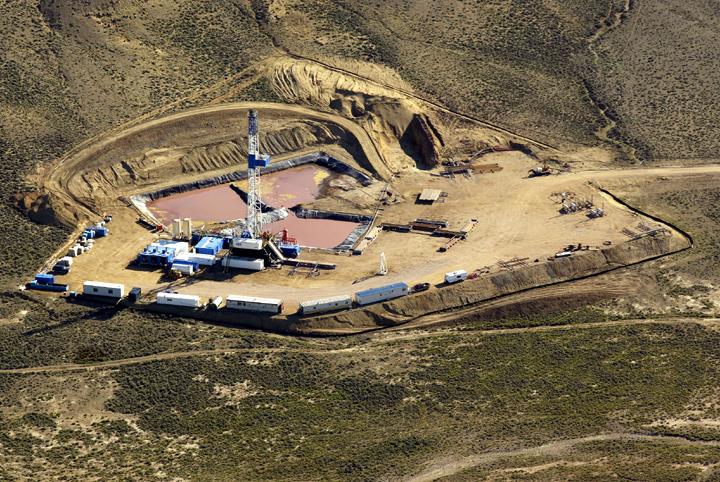 Drilling rigs are an icon of any oil-producing state. In North Dakota, they dot the empty prairie, flooding the otherwise pitch black sky with light. They’re loud and big and when oil prices were higher, you couldn’t drive five or ten miles in the Bakken oilfield without seeing one.

Where do drilling rigs go when they’re not being used?

Normally, when a rig finishes drilling a well, it’s dispatched to another site in the area. North Dakota regulators keep a running list of active rigs and where they’re going next. When a rig has another job, the list will tell you which well it’s drilling next. Increasingly, though, the list will read “undetermined” or even “stacking out.”

What is stacking out?

Stacking out is when a drilling company decides to idle a rig. They can either “warm stack,” in which the company puts the rig on hold but retains workers in the hope that the rig might be contracted out again soon, or “cold stack,” in which the rig is broken down and put into storage and workers laid off.

Where do the rigs go when they’re stacked?

Companies might also ship a rig out of state to another oilfield where it’s more economic to keep drilling. If they don’t, they might break it down and temporarily store it in some farmer’s field. As The Dickinson Press reports, rigs take up a lot of space, “up to the equivalent of one half to two-thirds of a football field.”