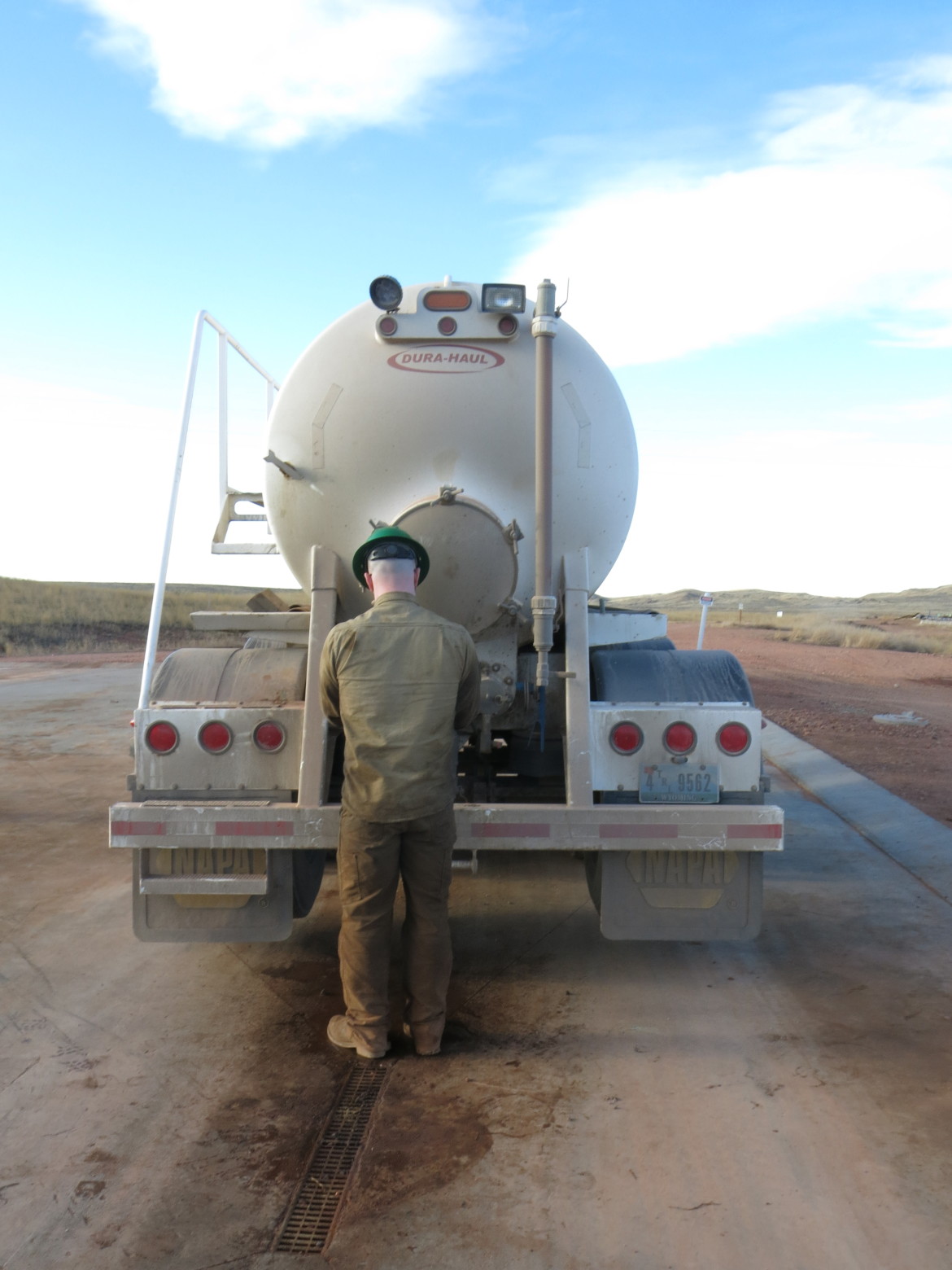 Last month, Inside Energy’s Leigh Paterson reported on where all of that salty, sometimes chemical-laden water goes (answer: most of it is injected thousands of feet down into the earth). Today, our IE Question answers why so much wastewater is produced in Wyoming. After speaking with the Wyoming Oil and Gas Conservation Commission and the Wyoming State Geological Survey, it turns out that one of the main reasons Wyoming produces so much wastewater is because of an extraction process called “coalbed methane extraction.”

“The (natural) gas absorbs onto the coal, sticks onto the coal. And then when you remove the water, it reduces the pressure, it is conducive then to the methane molecule detaching from the coal and being produced. If you don’t withdraw the water, you don’t get the gas.”

In 2013, coalbed methane extraction in Wyoming produced over 300 million barrels of wastewater. That’s a big chunk of the state’s total. In 2014, however, methane production and the water that comes with it dropped because of low natural gas prices.

Another reason for Wyoming’s glut of wastewater is the fact that the state has a lot of aging oil wells and the older a well gets, the more water it produces. Tom Drean said that a really old well can cough up liquid that is 95 percent water, 5 percent oil! Drilling came to Wyoming in the late 19th century and some of the state’s oldest fields, like the Salt Creek Oil Field, are still producing oil (and water) today.

Inside Energy’s Emily Guerin has reported extensively on the problem of wastewater spills in North Dakota. In boom states, there is a lot of wastewater because water is the main ingredient in the liquid that is shot down into the earth to open up shale formations. This so-called “fracking fluid” usually comes back up during the first few weeks of a well’s life. So generally, the older an unconventional well gets, the less water it produces.