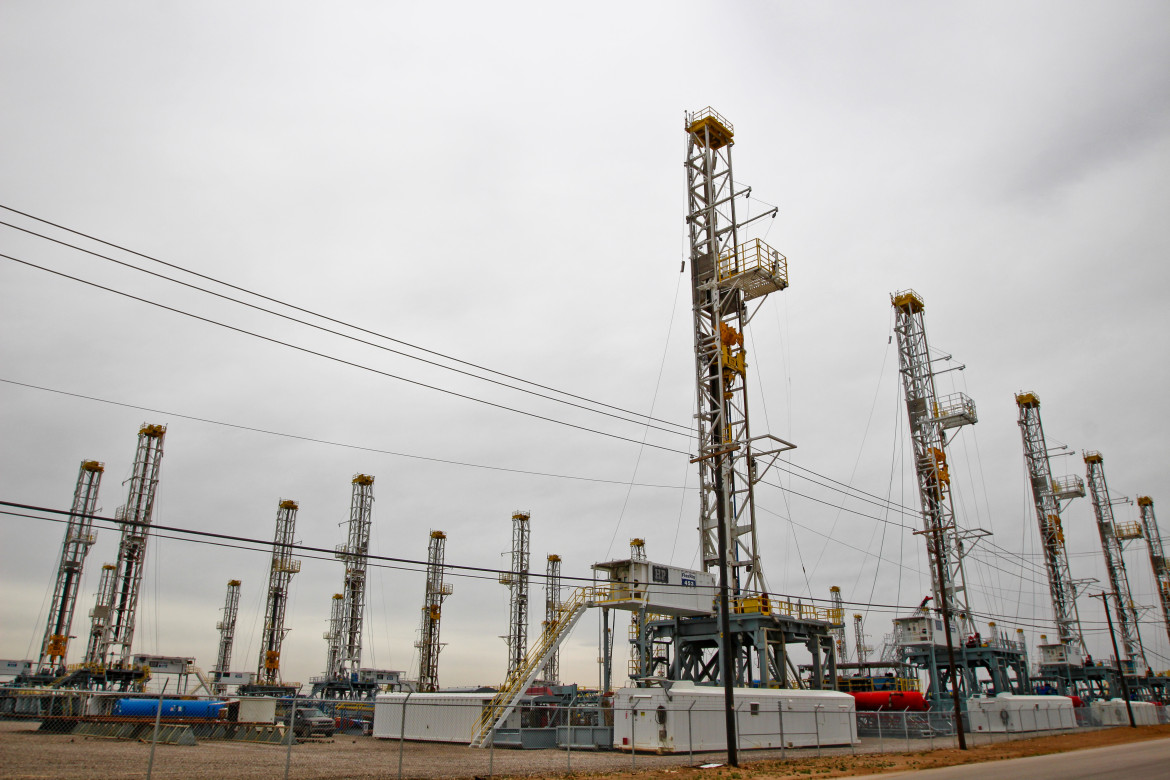 Mexican venture capital is hovering over distressed energy companies in the Permian Basin of Texas, the nation’s highest-producing oilfield.

Those companies – including oil and gas drillers, and service companies – crafted budgets when the price of crude oil was 100 dollars per barrel. It’s now in the 50s. And they need capital that U.S. banks are sometimes reluctant to give in an oil downturn.

“This is a buyers’ market right now,” said Carlos Cantú, an investor from Juárez.

He’s one in a stream of Mexican venture capitalists wanting in on U.S. oil and gas. Right now, the smaller players in the energy industry—operating on thin margins—could collapse without new capital.

Cantu was part of a group of Mexican CEOs recently visiting Odessa, Texas, in the heart of the Permian Basin.

He wants to buy or invest in American companies that need an infusion of cash if they are to survive.

The federal Energy Information Agency (EIA) says the world has a surplus of a million barrels a day. But the agency also predicts the glut will shrink sharply next year.

He says Mexican companies that work the Permian Basin now and learn the tricks of hydraulic fracturing will have an edge at home once contracts are bid to drill northern Mexico’s shale deposits.

On this day Cantú was scouting a prospective acquisition target, an equipment company operating in the Permian.

The company is located near a gravel lot in Odessa that speaks volumes about the contraction in the oil business. Week by week its collection of oil rigs have grown, brought in from the field because operators are scaling back.

Cantú was visiting here with Jorge Uranga, the director of the state of Chihuahua’s Energy Project, an agency formed to promote investment in Mexico’s domestic energy sector.

Mexico’s changed its constitution in 2013 to allow foreign energy companies to work in Mexico.

“We think the projects for oil and gas, exploration and drilling, is going to happen in 10 years or 15 years,” said Uranga.

“So we want to learn and we want to invest here in the Permian Basin, in Odessa, in order to so that we can learn and when Chihuahua is ready for that project, we are going to transfer that technology and we can do the same things there.”

“Toward the end of last year is when you started to see the private equity money really start to rise. And it ballooned in the first quarter of this year,” he said.

Wicklund said between 100 and 108 billion dollars has been raised by private equity in the last few months.  Some of that venture capital comes from firms that are recommending clients invest in energy funds created to take advantage of depressed crude oil market.

“The U.S. rig count has dropped faster than any other down cycle,” said Credit Suisse’s Jim Wicklund, “And the private equity money raised to take advantage of that drop has been raised faster than we’ve ever seen.”

In the Permian Basin, one of the people the Mexicans investors rely on in their hunt is Kirk Edwards.

“This is probably my seventh meeting with them,” said Edwards.

Edwards is an oilman, an energy advisor to the Texas Lt Governor and a former member of the Dallas Federal Reserve. He was recently praised by the Odessa Chamber of Commerce for having “an innate sense of timing for purchasing properties and liquidating them.”

He tells would-be investors to proceed with caution.

“It’s very difficult and it’s very expensive to be in this industry. And it’s very risky,” he explained, “You just don’t jump in and go drill an oil well somewhere. You’ve got to have a staff and an infrastructure and things like that.”

Along with domestic, Chinese and Russian interest, Edwards confirms the Juárez visitors are part of a huge pool of money that’s ready to pounce.

“There’s probably a hundred billion dollars of private equity that’s been raised just in the last six months to look into distressed companies that are in Texas, in the Bakken,” he said.

“So there will be companies that reach out and say, ‘Hey I could use some capital I got overextended at hundred dollar oil.’ Everybody’s looking for that opportunity.”

Bloomberg reports there are 4700 drilled wells in the U.S. that haven’t been completed while oil producers wait out the downturn. The group from Juárez wants to hit the ground running before that happens.