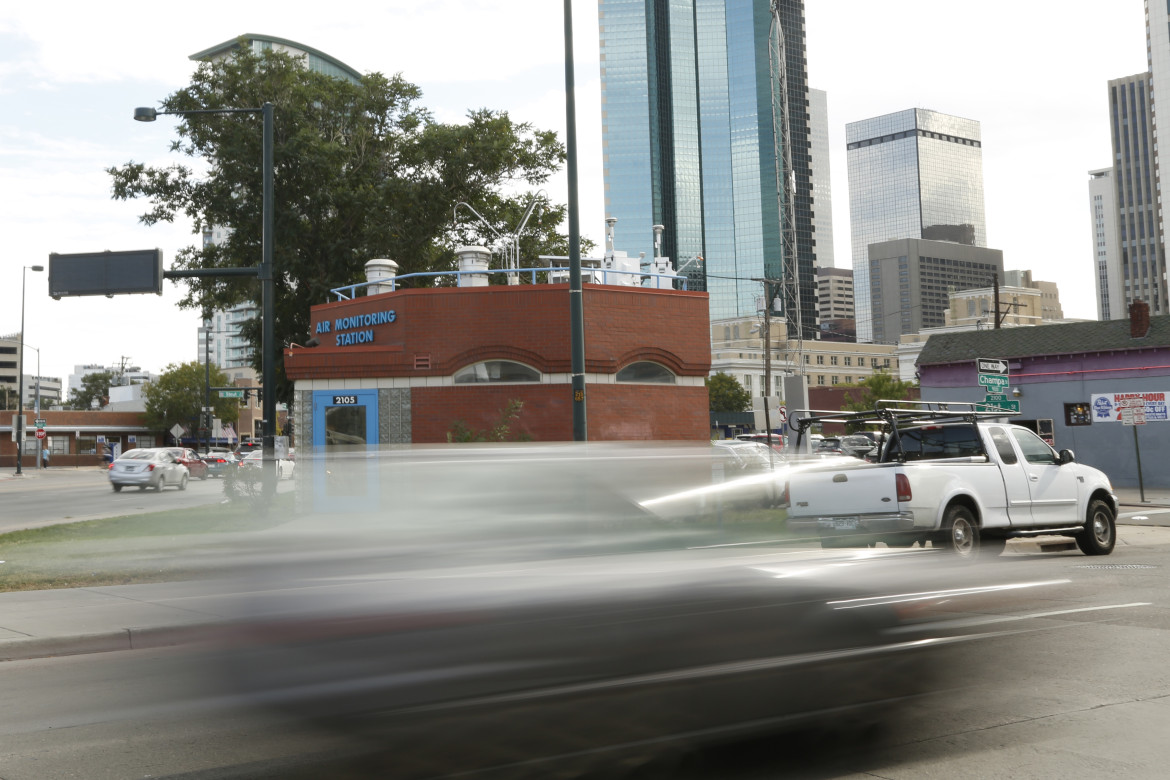 Some environmental and health organizations were quick to attack the new standard as not aggressive enough.

“The level chosen of 70 parts per billion (ppb) simply does not reflect what the science shows is necessary to truly protect public health.”

Whereas industry groups, like the National Association of Manufacturers, came out strongly against changing the 2008 standard.

The EPA has posted a map showing which counties are not in compliance with the new standard. The map shows 10 Colorado counties in violation, but an official at the Colorado Department of  Public Health and Environment said viewing ozone levels in that context is misleading, as ozone freely moves between counties and at times merely the specific placement of air monitoring sites determines which county will be out of compliance and which ones will pass.

The Environmental Protection Agency is taking aim at the nation’s smog producers. The agency is expected to release tougher standards for ozone emissions this week.

Ground-level ozone is a primary concern for lung health–exacerbating diseases like asthma. Car tailpipes contribute to it as well as power plants and oil and gas development.

Air quality has been a concern in Colorado for decades. Lifelong Coloradan Cheri Jahn remembers the skies back in the 1970s and 80s.

“Oh, it was horrible, absolutely,” she said, “anytime you would go outside of Denver and then come back in, it was the “brown cloud.””

“Brown cloud” wasn’t hyperbole, it was a literal thing. The Mile High City was famous for it, especially on hot summer days.

Major amendments to the Clean Air Act over the past few decades have given the federal government much greater authority to regulate air pollutants like ozone. It is done on the basis of air monitoring.

Tyler Svitak of the American Lung Association’s Colorado chapter recently met me at a small, one-story brick building near the heart of downtown Denver. Thin metal tubes and pipes poked out of the top of the building, sniffing the air. Stations like this can be found all over the country in high ozone areas. Data from these sites help gauge the effectiveness of ozone control measures–cleaner gasolines and scrubbers on power plants, for instance. Denver has made major progress.

“You know, our brown cloud has gotten significantly better,” Svitak said, “But our science has gotten better too, and science is telling us the regulations aren’t where they need to be yet.”

Svitak and the EPA say it’s that science leading the Obama administration’s push to lower the acceptable ozone threshold for the first time since 2008. But, like with so many arguments over regulation, it comes down to economics. Though she cares about clean air, she thinks the new threshold is too strict.

“You know what it almost feels like,” she said of the EPA, “They are setting us up to fail.”

Despite serious effort, the state’s highly-populated Front Range is still not meeting the 2008 ozone standards. Federal transportation dollars and other funding can be at risk for areas not in compliance.

“We cannot afford to lose one dollar, because we already don’t get enough,” Jahn said.

Just outside Jahn’s office, construction workers were pouring concrete as part of a road project. Forbes ranks Denver one of the fastest growing cities in the country, and traffic can be a total mess. But, road construction in high ozone areas must go through heightened scrutiny to make sure the project does not increase ozone.

“The last thing you want if you’re trying to protect the air quality is to force more commuters to spend even more time idling their vehicles while they’re stuck in traffic,” Turmail said.

Nationally, ozone levels fell more than 30 percent from 1980 to last year. The EPA predicts the new standards will cost billions, but savings in health benefits will far outweigh that.