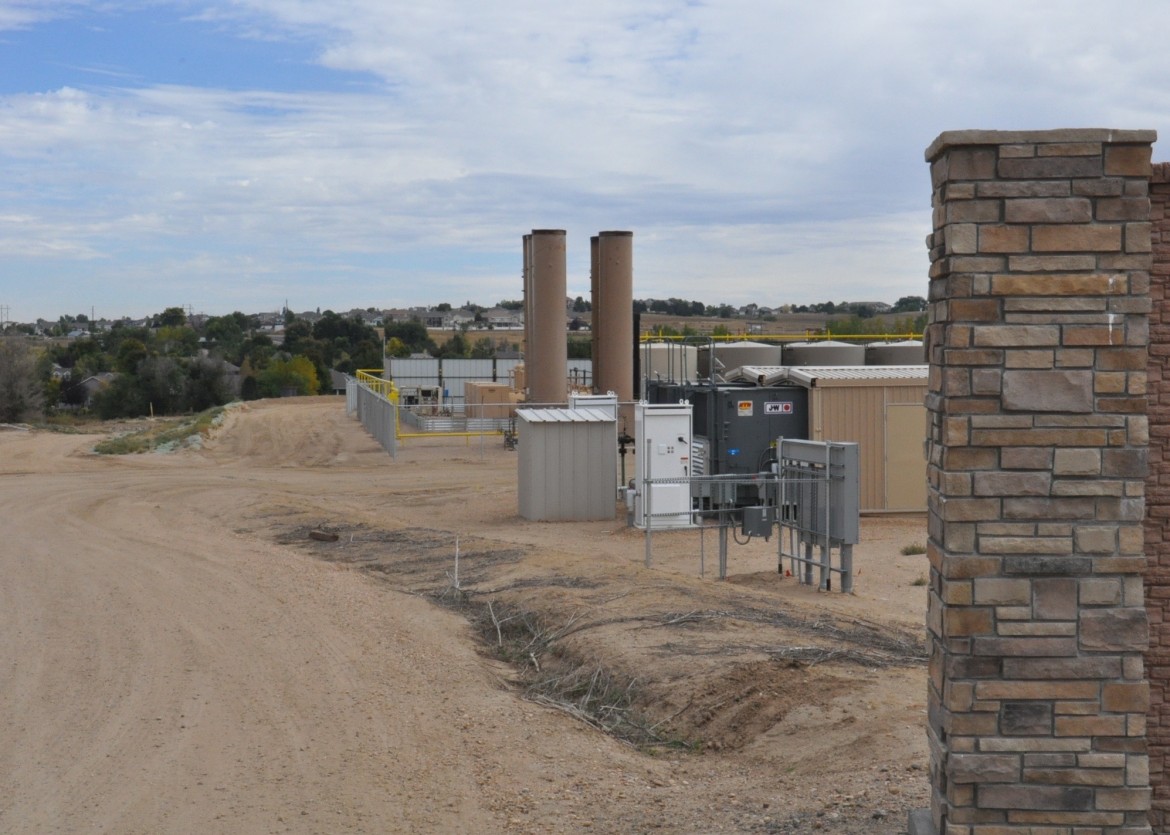 Oil and gas regulators in Colorado are proposing a new set of rules that would give local governments more say over drilling operations. The draft rules released Tuesday require engagement with local officials before applying for a large-site drilling permit from the state.

But some towns in Colorado are already way ahead of the state on this. In the early 2000s, the town of Erie had just about 12,000 residents. But the open fields and farmlands of this front range community have been converted to housing developments fast. The population is now 22,000 and is expected to triple by 2050. Scattered across that urbanizing landscape are oil production sites and places where more drilling is planned.

Town trustee Jennifer Carroll says, up until recently, there wasn’t much they could do to control new oil and gas drilling.

“The only thing we would regulate is fence color, what material the fence was and then the road going from their site to our main roads has to be paved for a certain amount and gravel,” said Carroll.

But Erie officials found a way to change that, on their own. First, a couple years ago, they created a memorandum of understanding increasing setbacks with the main driller working there, Encana Oil and Gas. And after problems with noise and vibrations at one site in town, the town and operator negotiated another agreement that was approved this August.

“When we’d get into the details of here’s how we want you to solve the problem, that would kind of stir things up and make them more standoffish but when we stepped back and said, ‘here’s the problem our residents see and here’s what we want to fix, what do you suggest?’” said Carrol, one of the town’s negotiators.

They got a five-year drilling plan, mapping out Encana’s eight future drilling sites, along with a requirement that the company give 90 days notice to the town and public before an application is submitted to the state. They got decreased noise limits, more routine leak monitoring and 1000-foot setbacks from buildings, all of which go beyond current state regulations.

“So I think we in some shape or form got everything we were looking for,” says Carroll.

Matt Lepore, director of the Colorado Oil and Gas Conservation Commission said his group supports those kinds of contractural agreements between operators and local governments.” The commission’s new draft rules don’t go into the same level of specifics that Erie negotiated with Encana. But they do say local officials will have input into the location of large well sites and the best practices used at those sites – if they want it.

“Local governments feel that operators tend to come to COGCC, get a permit and then go to local governments and say, ‘see we have a permit so you don’t have as much say-so as you might want to have,’” says Lepore. “We’re trying to change that calculus a little bit.”

The new rules come out of an oil and gas task force set up by Gov. John Hickenlooper last year. The task force came up with nine recommendations. The others deal with regulatory staffing, transparency and emissions monitoring.

“These rules are going to be like any of our rules – a process of a public, open process and in my experience nobody gets everything they want,” says Lepore.

Carl Erickson is one person who won’t get what he wants from the new rules. He’s with a local non-profit, Weld Air and Water, that is critical of the state’s fracking regulations. He points to a production site on the edge of a playing field at Northridge High School in Greeley.

“It doesn’t belong here,” says Erickson. “It’s not conducive with why we have communities to begin with.”

He wants mandated 1000-foot setbacks from all structures and no drilling at all in heavily populated areas.

The state’s new rules on local involvement, as written, will only apply to large operations within urban areas. The COGCC will take comments on the proposed rules during a series of stakeholder meetings this month. And then the final rules are expected in November.

Editor’s Note: On October 8, Encana announced an agreement to sell its Denver Julesburg (DJ) Basin assets in Colorado to a new entity 95 percent owned by Canada Pension Plan Investment Board and 5 percent by The Broe Group. Encana has informed Inside Energy that “The buyer intends to honor the Operator Agreement we signed with the Town of Erie. We’re pleased they intend to do so, as we believe the agreement is beneficial to all stakeholders.”