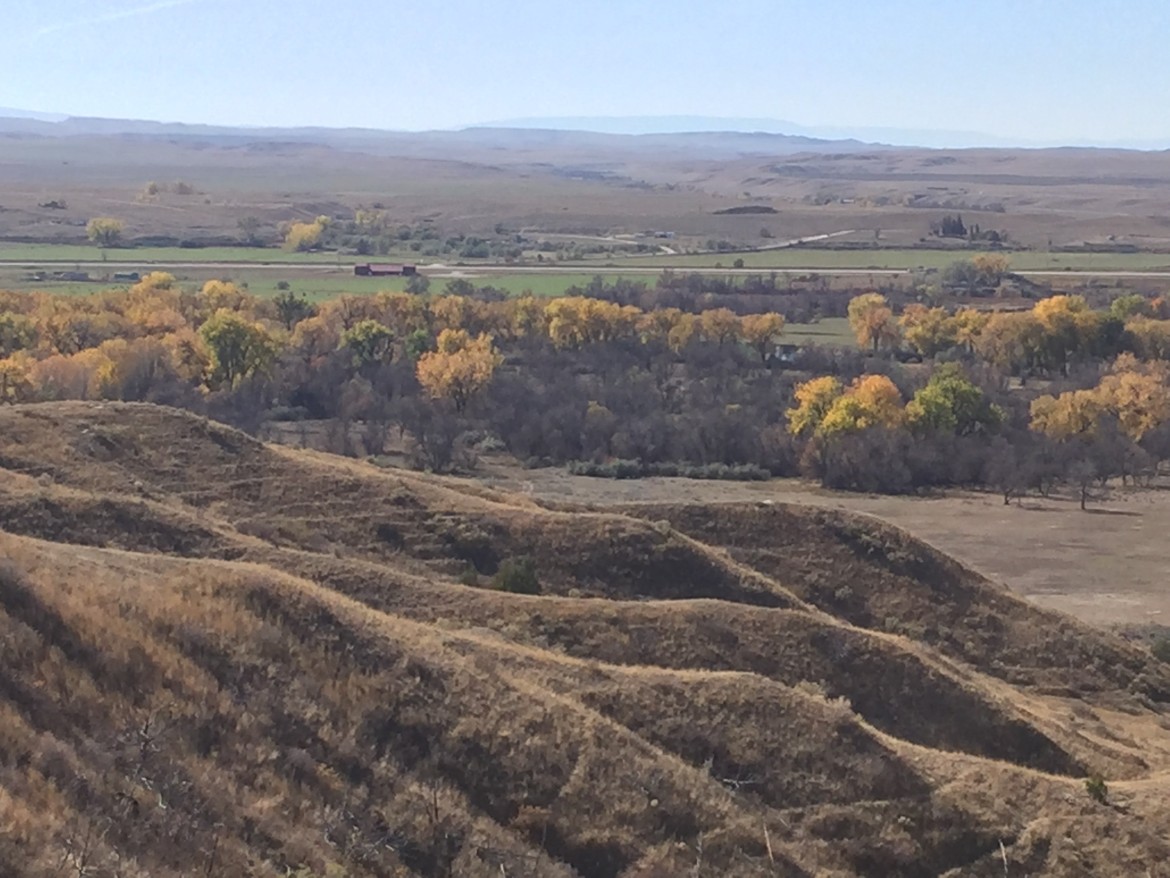 A proposed coal mine on the Crow reservation in south-central Montana would be an expansion of an existing coal mine owned by Cloud Peak Energy, close to where this picture was taken.

In south-central Montana, plans are underway to get more coal out of the ground and onto ships headed to Asia. The Crow Tribe of Montana and Cloud Peak Energy of Wyoming are partnering to develop a new coal mine on the reservation and to open a new export terminal in Washington’s Puget Sound. Although coal prices are in decline and a protest movement is growing, the Crow are undeterred. For them, coal equals survival. Lucy and Preston Whiteman Runs Him outside of their home with their family, which has now grown to include twin babies

Lucy Whiteman Runs Him lives on the reservation in a small home outside of Lodge Grass, Montana, with her husband and their four children. The reservation is vast and sparsely populated.  From their front door, the only sounds she can hear are the wind blowing through the grass and the occasional car passing on the highway. If the new mine goes in, the rolling hills near her home will get a lot noisier – but she’s in full support of the proposal.

“We need that coal, we depend on it,” Whiteman Runs Him said, “For jobs, and then also, our roads, our schools. This coal revenue? It provides for this community.”

Jason Cummins agrees. He is the principal at Crow Agency school. When he was a child, his father worked at the Absaloka Mine which opened on the Crow reservation in the early nineteen-seventies. He said many of the families at his school continue to be supported by that mine today.

“To give your kid warm clothes in the winter and food in their belly – that’s what every parent desires to do. The coal mine in our community, that’s the opportunity it brings. And that helps for self-sufficiency. To be able to determine our own future.”

These are just two of the many Crow tribal members interviewed on the reservation who are whole-heartedly in favor of the new mine. Chairman Darrin Old Coyote is the chairman of the Apsaalooke Nation. Apsaalooke means ‘children of the large-beaked bird,’ which was anglicized to Crow by Euro-Americans.

“When it comes to coal, here at Crow you’re not going to have controversy,” said Darrin Old Coyote, Chairman of the Crow Tribe. Two years ago, he signed an agreement giving Cloud Peak Energy – one of the nation’s biggest coal companies — an option to lease 1.4 billion tons of coal on the reservation. He argued the jobs and revenue the agreement will provide are essential to his community.

“I don’t want to be dependent on the U.S. government. We have the resources, we have the manpower, we have the capability of being self-sufficient. There’s no reason why we should be this poor.”

Alleviating that poverty is the chairman’s top priority. Unemployment on the reservation is somewhere between 25 and 50 percent, housing is scarce, and there’s often not enough money for basic services and infrastructure. Chairman Old Coyote said the decision to develop coal has to be understood with these facts in mind – and in the context of 200 years of attacks on the language, land and lives of the Crow. The Little Bighorn River and the battlefield that bears its name are both located on the Crow reservation.

“All of that. We survived all of that,” Old Coyote explained, “You know, whether it be through assimilation, warfare, small pox, all of that we’ve survived. And we’re gonna continue moving forward to survive, and the only way I know how now is to develop our coal. What I’m doing is in the best interest of my people.”

But will those interests be served by coal? To develop the mine, Cloud Peak says international customers are critical and it needs new export terminals on the west coast. Those terminals face stiff opposition from Native American tribes in the Pacific Northwest, and other communities along the rail lines are sounding the alarm as well. There are also serious questions about the project’s economic viability.

“A new coal mine is pretty risky right now,” said Mark Haggerty of Headwaters Economics in Bozeman. “Those export markets that this mine is essentially designed to capture have collapsed in the last five years. And there’s no guarantee that they’re going to come back.”

Carolyn Pease-Lopez represents the Crow reservation in the Montana legislature, and she shares some of Haggerty’s worries: “I’m very concerned about the world market. I’m concerned that we still don’t have those ports in place. And there’s so much hanging in the balance.”

But even with those doubts, Pease-Lopez does not oppose the project.

“I wouldn’t ever try to speak against it,” she said, “because I am representing my leaders’ wishes, and the people’s wishes.”

Cloud Peak has been losing money on export sales since the middle of 2013, but in a phone interview Manager of Media Relations Rick Curtsinger explained the company sees “long-term growing demand” coming from Vietnam, South Korea and other countries. Plans for the Gateway Pacific terminal and an additional terminal on the Columbia River are currently under environmental review by federal and state agencies.