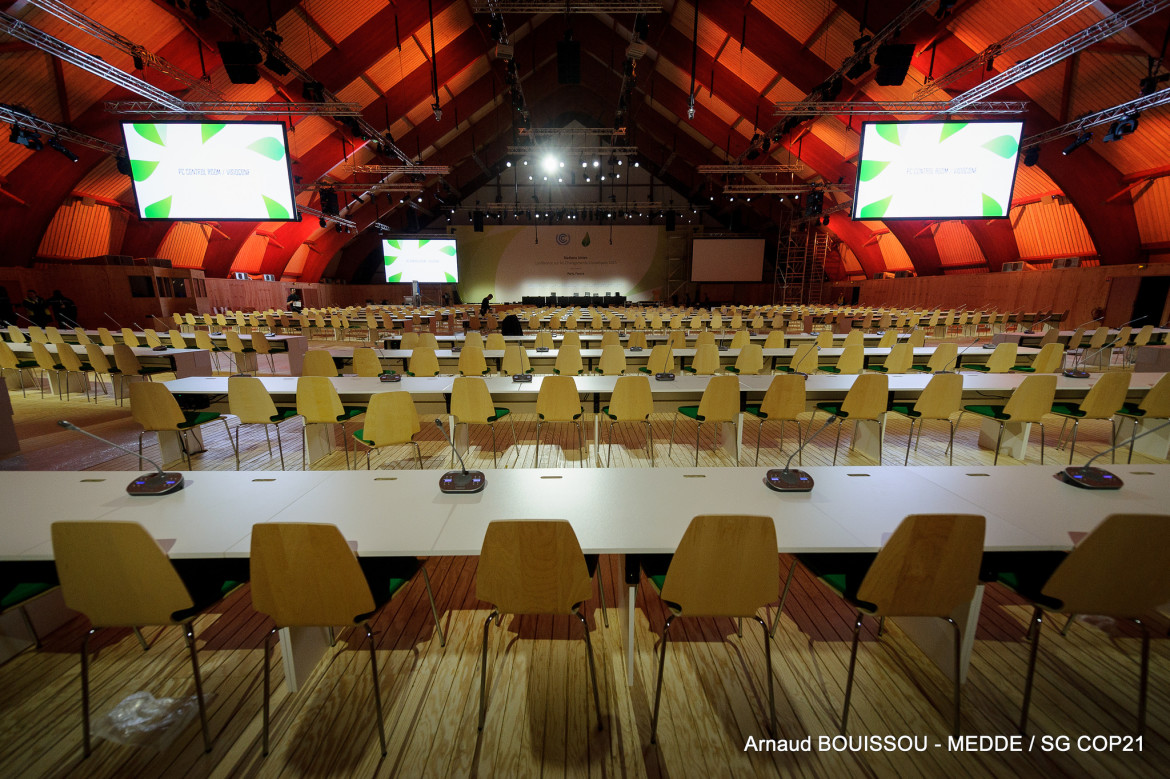 The "Seine" meeting hall at the Paris climate summit. This month, global leaders are gathered in Paris to make a plan to combat climate change. There is broad scientific consensus that climate change is real, serious and caused by humans—but political consensus in this country has been elusive, often clouded by doubt. Over the years, climate denial arguments have changed, but the result has stayed the same: blocking action on climate change.

As an energy reporter in Wyoming, the nation’s largest coal-producing state, it’s not uncommon for me to hear climate change denial. For example:

As you can see, there is not just one argument against acting on climate change. In fact, over the years, dozens and dozens have emerged. It can feel like a game of Whack-A-Mole, with new reasons to doubt popping up whenever old ones fall out of favor. But we wondered: is there a pattern to the denial? I got in touch with Riley Dunlap, a sociologist at Oklahoma State University who studies climate change denial. His answer? Sort of.

“Overall, since the early days, there have been sort of four main themes, but they have evolved as the evidence evolves,” Dunlap said.

Number one: The Earth is not getting warmer.

Number two: It may be getting warmer, but it’s not because of us.

Number three: What’s so bad about a warming Earth anyway?

Number four: Maybe we are causing the planet to warm, but doing anything to stop it will be devastating to our way of life.

That argument is a long way from simply denying the existence of climate change, but Dunlap says all these arguments have something in common.

“All of these discursive moves, so to speak, are made with one firm, never ending goal, and that is: block action to limit carbon emissions,” he said.

Dunlap identifies lots of reasons why people don’t want to act: fear of government regulation, concern about the economic consequences, belief that God wouldn’t allow catastrophic warming. For all of those reasons, he says denial isn’t going away anytime soon.

In fact, with the Paris talks underway, Dunlap says it’s likely we’ll be hearing a lot more doubt in coming weeks. If the past is any indicator, that doubt could be effective at keeping us from acting.