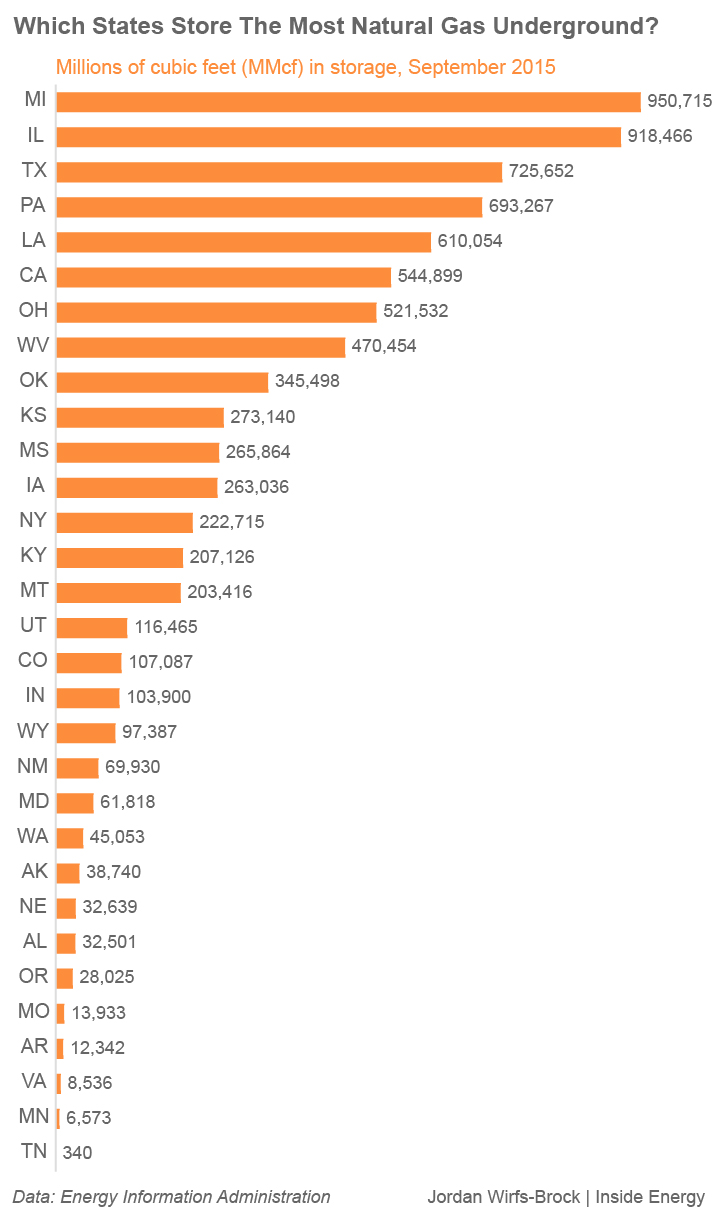 As world leaders meet in Le Bourget, France for a global climate accord, California enjoyed its usual prominent role as the only state in the United States to have enacted a rigorous de-carbonization regime. That regime will leave few aspects of the state economy untouched.

But the limits of California’s wide ranging efforts were recently laid bare by a massive leak of the potent climate changing gas methane that officials now say will take three months to halt.

The methane is pouring out of a damaged well, part of a large underground gas storage site serving southern California.

The California Air Resources Board estimates the methane is gushing so fast  – at more than 44,000 kilograms per hour – that it is boosting the entire state’s methane emissions by 25 percent.

Methane has been called carbon dioxide’s cousin on steroids. It is 70 to 86 times more powerful a greenhouse gas than carbon dioxide, over its brief 20 year sojourn in Earth’s atmosphere.

The escape comes at a time when regulators in a wide range of places, from the state of Colorado to the United Nations, are focused on reducing methane. The principal sources are agriculture, landfills and the oil and gas industry.

The southern California site, located about 25 miles northwest of Los Angeles in the Santa Susana Mountains, is complex. Southern California Gas Co., a subsidiary of Sempra Energy, has 115 gas storage wells there. It gathers in gas in the summer and distributes it in the winter from a sandstone formation that was tapped for oil a century ago. Other companies also operate wells for production in different strata at the same site.

Gas is similarly stored in underground rock across the United States. Company officials said the gas flow stems from a damaged 7-inch diameter well casing. Pressurized gas is flowing back up the bore along the outside of the casing, Melissa Bailey of Southern California Gas said.

The state has deployed an array of equipment to keep track of the climate-sabotaging emissions: The path of a satellite has been altered to make sure it captures the plume streaming out of Aliso Canyon, Dave Clegern with the Air Resources Board said. The firm Scientific Aviation is taking measurements from the air. And the California Air Resources Board and Los Angeles air authorities have deployed new monitors to supplement an existing statewide network of methane detectors.

Last June satellite photos taken by NASA indicated a methane plume over the oil and gas rich San Juan Basin in northern New Mexico. Experts were surprised when it looked as though that region alone might be responsible for 10 percent of all oil and gas methane leaks in the country. That reckoning may now change as more is learned about the Southern California Gas leak.

This story comes to us from reporter Ingrid Lobet with inewsource. inewsource is an independent non-profit focused on investigative, data-driven journalism.