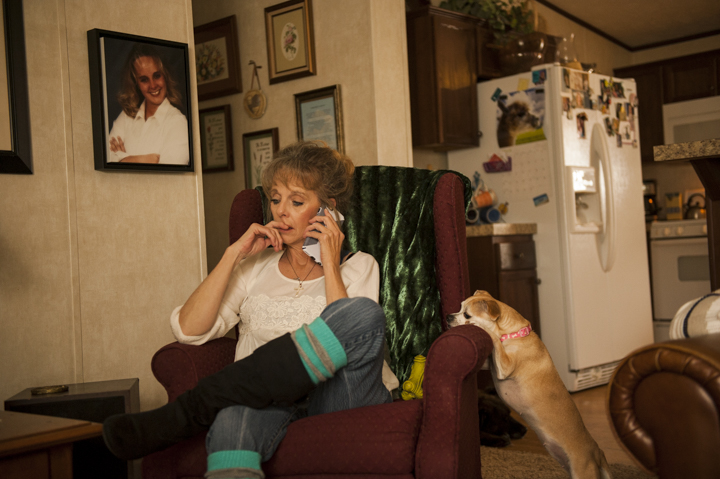 Lea Anne Shellberg in her home in Fort Collins, Colorado. A single mother who is disabled because of a work injury, Shellberg often struggles to pay her utilities on her fixed income. 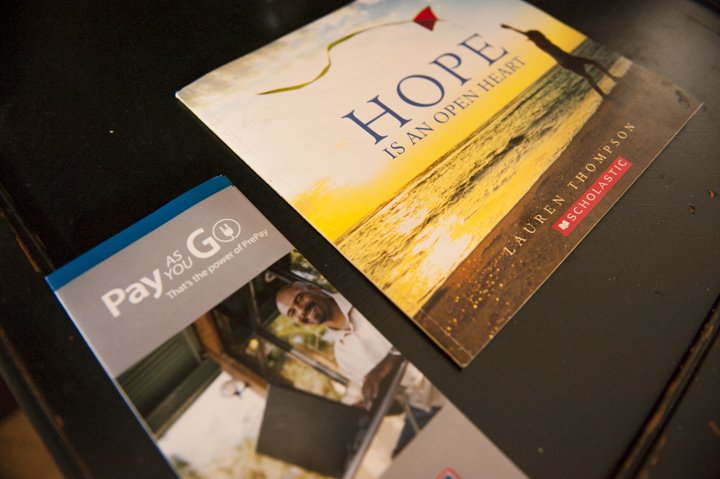 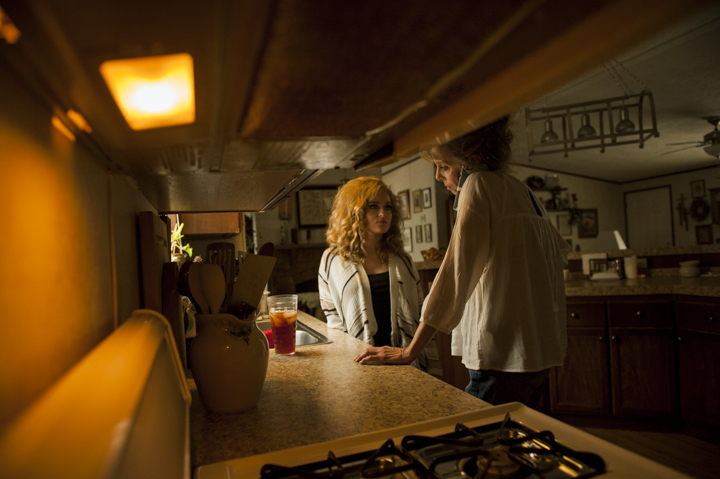 Shellberg with her daughter Elizabeth. 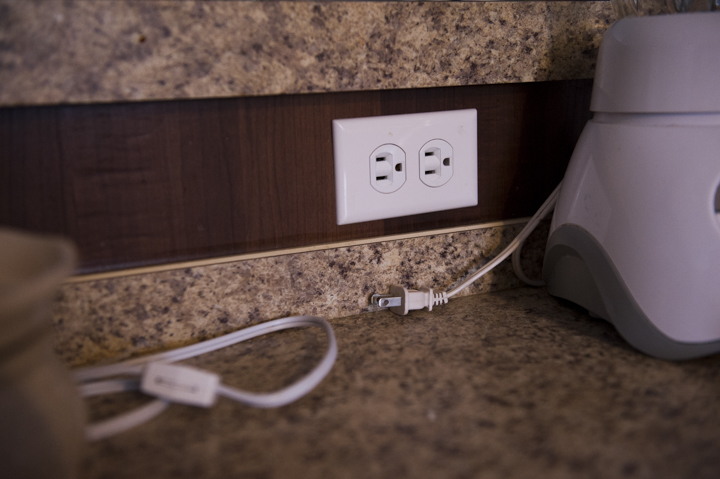 Appliances sit unplugged in Shellberg's kitchen. She takes measures to keep her bills low including keeping the lights in her mobile home off for most of each day. 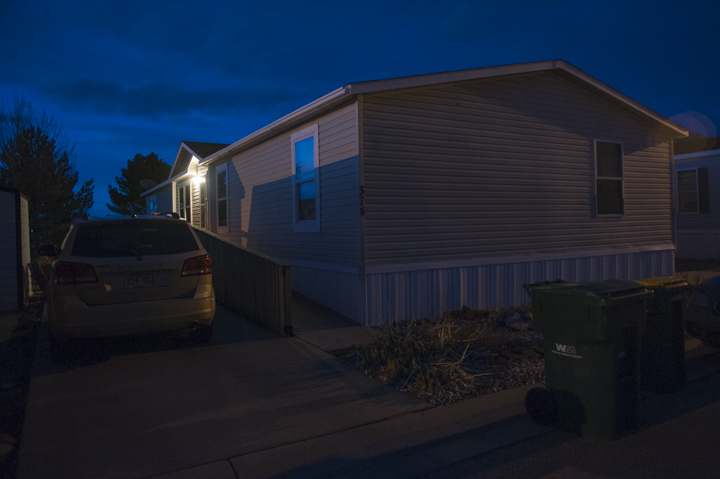 The poorest among us pay more than they can afford for their utility bills and energy assistance programs struggle to meet the demand.

As Lea Anne Shellberg knows, spring can be the most difficult time.  Spring is when those power bills from the winter start piling up. A broken back and a recurring battle with skin cancer ended her career as an interior designer. When I first tried setting up an interview with her in mid-March, she was in trouble.

“This is gonna be fun,” she said, “we’re literally going to be sitting in the dark.”

Her modular home’s power bills for the previous two months totaled more than $470. The charges were unexpectedly high and came despite Shellberg and her daughter taking extra care to keep lights off and appliances unplugged. Her budget is fixed and razor-thin and she couldn’t pay the bill.

Economist Roger Colton has been studying home energy affordability issues for more than 30 years. He uses a common benchmark that establishes paying six percent of one’s income for utilities as “affordable.”  Since 2003, his Massachusetts-based firm has been combining income data from the U.S. Census with power bill estimates to determine how much low income Americans are actually spending over that 6 percent. He calls that the Home Energy Affordability Gap. He projects that gap for those near or below the federal poverty line to be $40 billion last year alone.

The federal government’s Low Income Home Energy Assistance Program, or LIHEAP, provides by far the largest source of funding in the nation to help the poor with power bills, most of that going to home heating costs. LIHEAP provided $3.39 billion in funding in 2015. The nonpartisan Congressional Research Service estimates only 22 percent of those eligible for LIHEAP assistance receive it. “It’s just a huge problem,” said Skip Arnold of Energy Outreach Colorado, a nonprofit which provides millions in assistance annually to help low-income households pay energy bills, through shelters and local charities. Organizations like Arnold’s help further close the affordability gap, but he admits he runs out of money every year without getting close to meeting the demand. So, many at the bottom continue spending 25 to 30 percent of their income or more to pay utilities.

“The chunk of 30 percent of their total income leaves precious little for anything else,” Arnold said.

Lea Anne Shellberg’s winter utility costs ran nearly 15 percent of her income, more than twice what economists like Roger Colton consider sustainable. She chose to pay a medical bill for her cancer treatment ahead of the $470 she owed her utility, Poudre Valley REA. Her service was about to be shut off, and she was desperate.  She went to their offices where, Shellberg recalled, an employee there paid the first $100 to open up her account.

“And I sat there and cried, because she knew that I didn’t have all the money,” Shellberg said.

The utility has since switched her to a program to pre-pay for electricity as she tries to slowly take care of those old bills. It’s working for now, but it’s a hard reality she’s faced with everyday — utility bills aren’t the ones you skip.

A 2007 study from the University of Colorado Denver finds for households with children in the state, not being able to pay utility bills is the second leading cause of homelessness, behind domestic violence.

Map: How Much Do the Poorest Households Spend on Energy?

Economists consider an “affordable” energy bill to be 6 percent of income. But many families around the country pay much, much more. This map shows the percent of income that the poorest households – those below 50% of the federal poverty level – owe for energy. Scroll over the map to see the information for each county.