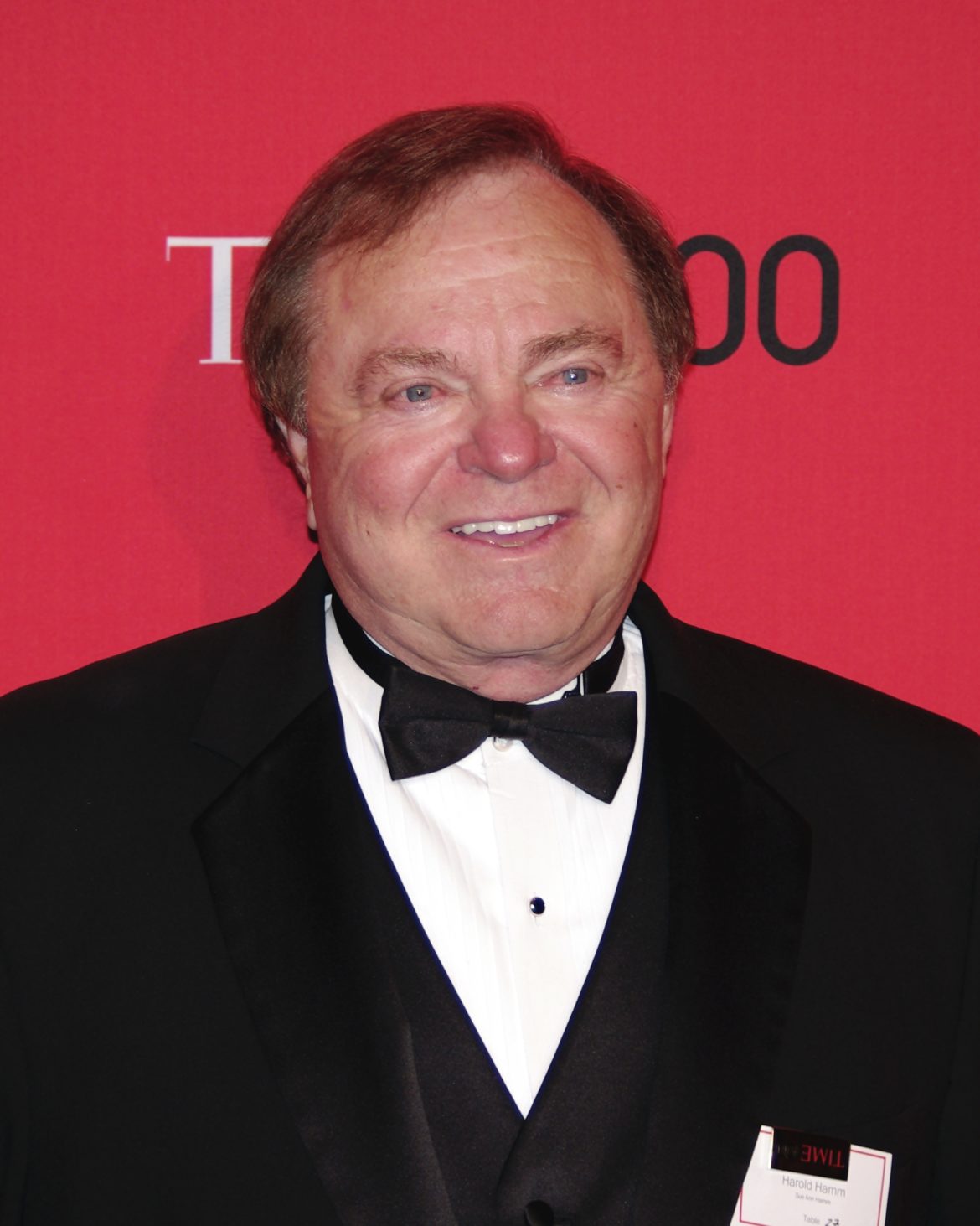 Harold Hamm praised Donald Trump at the Republican National Convention this week for his commitment to oil.

The oil tycoon who has proven a key adviser to Donald Trump told the Republican National Convention that, should Trump be elected president, the candidate will make America energy independent.

“I guess we can consider Harold the king of energy. There’s nobody like him,” Trump said in May when he unveiled his energy platform at a campaign stop in Bismarck.

Hamm returned the favor this week. The fossil fuel champion is rumored to be the Republican’s top pick for energy secretary.

Hamm touted Trump’s commitment to the industry in front of thousands at the convention in Cleveland. He claimed Trump will rid the country of its dependence on foreign oil.

“Developing America’s own oil supply is a matter of national security,” Hamm said.

He said the country funds terrorism when it relies on foreign oil rather than the resources within its borders.

Hamm tore into Democratic challenger Hillary Clinton during his speech. He said her presidency would result in more oil imports. She would eliminate fossil fuel development, kill jobs and drive up gasoline prices, he said.