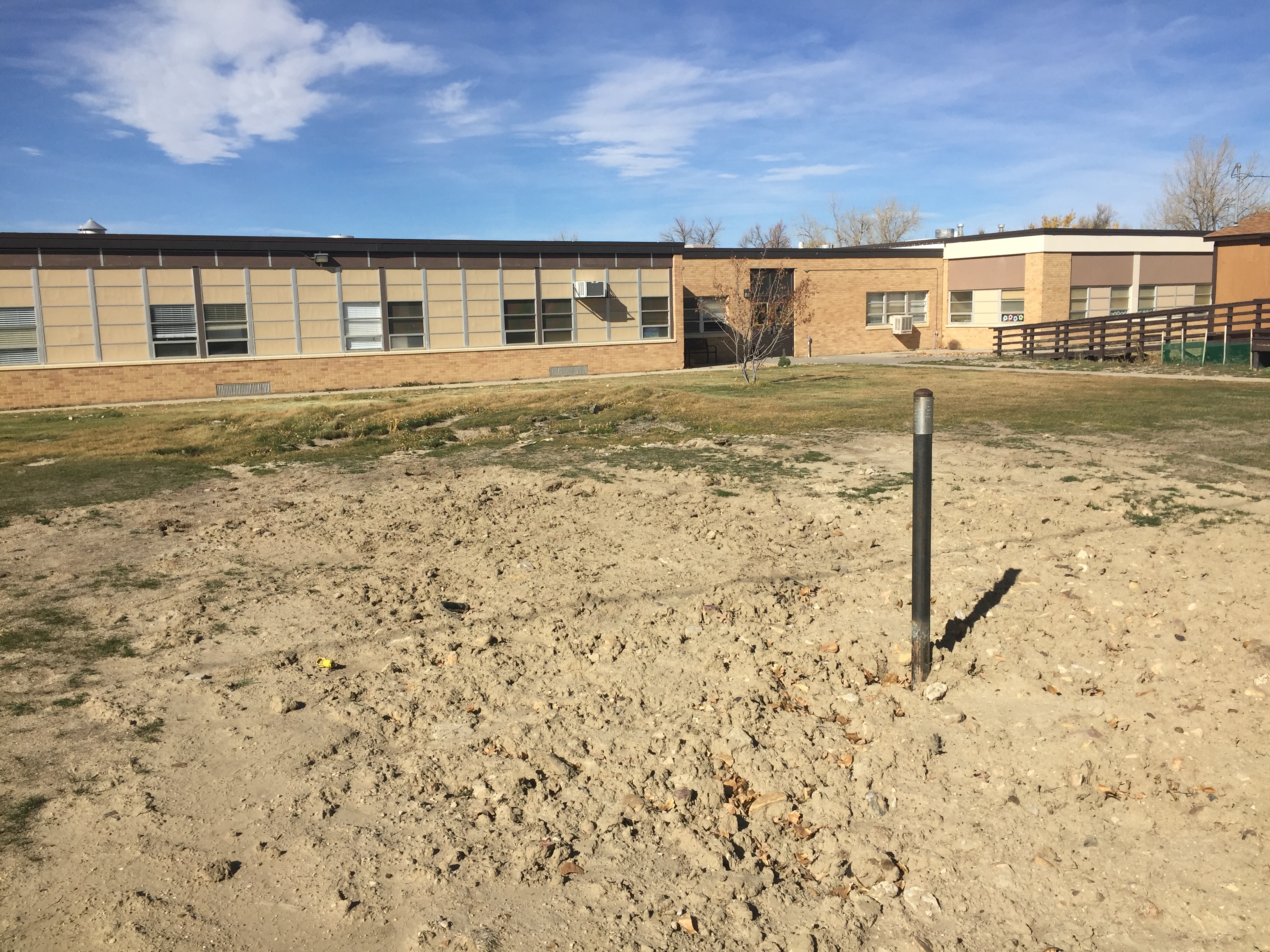 This abandoned oil and gas well acted as conduit for toxic gases leaking into the Midwest School, in Midwest Wyoming. The Midwest School remains shuttered months after gases from the nearby Salt Creek oil field seeped in. 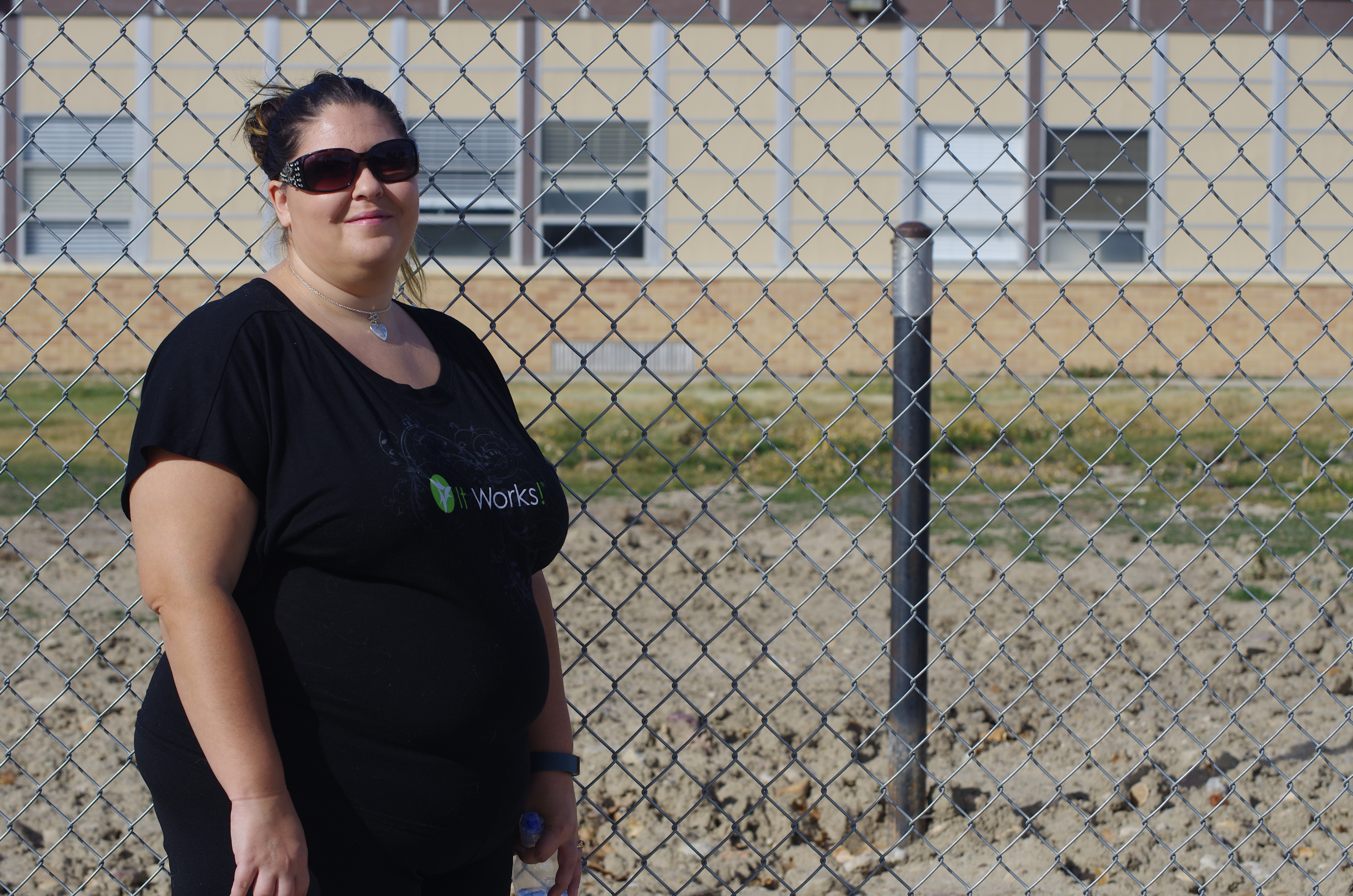 Kellie Garbutt is the mother of two students at Midwest School. A non-functioning pumpjack sits at the end of the football field, honoring the Midwest School mascot, the Oilers. 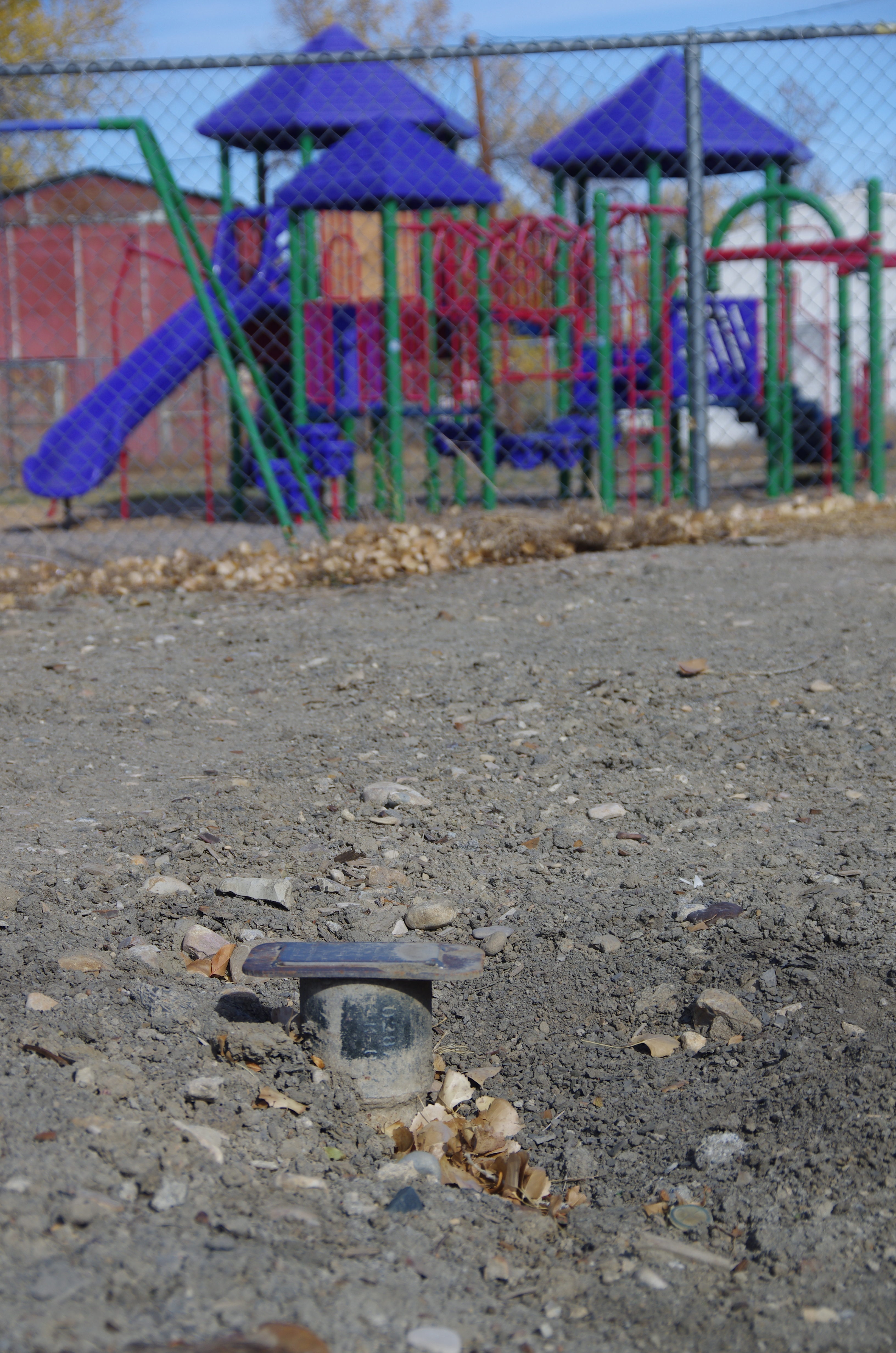 A second abandoned well sits just behind the school, feet from the playground. This well is not believe to have leaked. 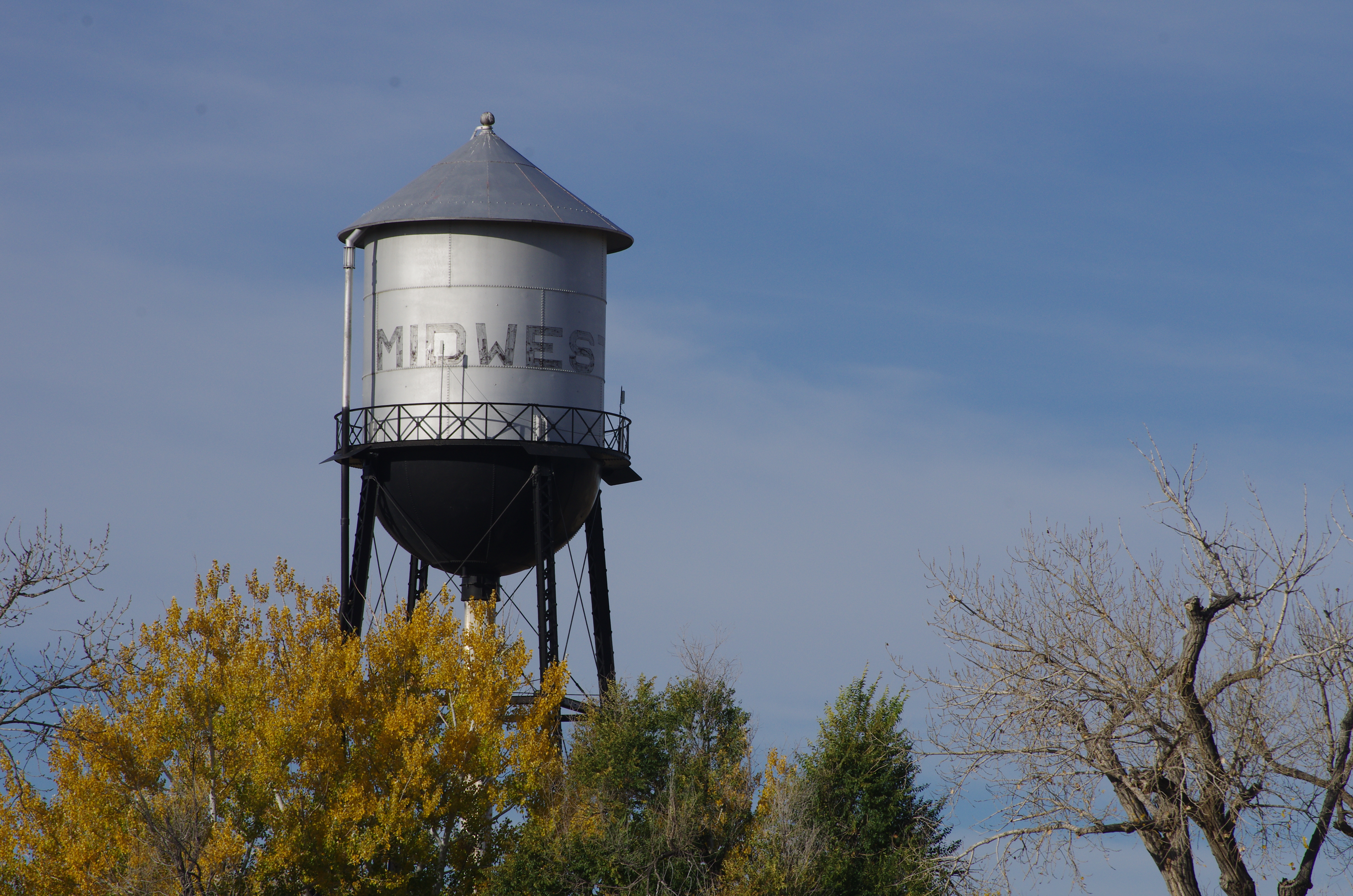 Midwest, Wyoming sits in the middle of the Salt Creek oil field, the oldest in Wyoming. Power lines and wells sit in front of the rim rocks that bound Midwest and the Salt Creek oil field.

For months, it has been eerily quiet at the Midwest School. Other than the skittering of leaves across the cordoned-off parking lot, the only sounds are the clink of the flagpole and the dog barking across the street.

It’s been this way since May, when health officials closed down the 120-student K-12 school after detecting dangerous levels of toxic gases inside.

Midwest, population 418, sits in the middle of the Salt Creek oil field, the oldest in Wyoming. It was quickly clear the gases were coming from the oil field, but no one knew exactly how they were getting into the school.

“It was terribly scary for us parents not knowing what was going on,” says Kellie Garbutt, a parent of two Midwest students, as she leads me around the school grounds on a recent afternoon.

Garbutt remembers the day this summer that a workover rig set up in the schoolyard, as Halliburton trucks lined up in the street.

“What the hell is going on here?” she recalls thinking.

Eventually, it became clear: there was a leaky abandoned well, sitting squarely in the middle of the schoolyard.

“There’s so many wells in this area,” says Jennifer Sutherland Bishop, coach of the school volleyball team. “It would take them so long to check it—years to check every single one of these wells—and the one that gives us the most problem is on the school property?”

In September, the Casper-Natrona County Health Department released the results of air quality tests from May. Carbon dioxide levels inside the school were 26 times the recommended limit, which made some areas of the school oxygen-deficient. Levels of benzene, which can have serious short and long-term health effects, were 200 times the amount deemed safe by the Agency for Toxic Substances and Disease Registry, a branch of the Centers for Disease Control.

Health officials say it is extremely unlikely there will be any lasting health effects, but Sutherland says it was scary nevertheless. Even so, she doesn’t lay blame for the school’s recent misfortunes.

But a leaking well is not natural. Once wells are abandoned, they’re considered dead—they aren’t monitored, and oftentimes they aren’t even marked. If they aren’t plugged properly, they can act as pathways for gases that would normally stay trapped deep underground.

Salt Creek is an old oil field and a decade ago, to help boost production, companies started pumping carbon dioxide into the field. The gas acts like soap, helping wash the oil up out of the ground. But being a gas, carbon dioxide wants to rise, and the thousands of wells drilled in the field offer potential pathways if they’re not properly sealed. And all of them eventually lead to the surface.

State records show the faulty well was drilled in the 1920s and plugged and abandoned in the mid-1980s.

All operators in Salt Creek have been required to “make sure [wells] were replugged if needed, or that the construction of the wells was protective of the environment and public health,” says Tom Kropatsch, deputy director of the Wyoming Oil and Gas Conservation Commission, which regulates the industry.

In this case, those safeguards clearly didn’t work. But asked if the Commission is considering any rule changes to prevent another such leak, Kropatsch says, “The current rules are protective.”

The schoolyard leak appears to be fixed. This summer FDL, the company that operates the oil field, pumped more than 20 tons of cement down the well. Recent air samples from inside the school are normal, but there’s no timetable for the place to re-open. A new ventilation system has to be installed to prevent any future leaks from getting inside, and that could take months.

For now, the students are being bused 45 minutes south to Casper. For many, that means waking up at 5 a.m. to get on a school bus and not getting home until 7 or 8 p.m. When the school does reopen, most parents say they are confident it will be safe. But it’s unlikely to be that last time Midwest has to deal with a leaky well.

“They are constantly coming across new wells that were not properly plugged, never been put on a map, so nobody had any idea they were there,” says Garbutt, the mother of two students.

That’s true not just in Midwest, but across the country. Of the more than 3 million wells in the United States, most are now abandoned. Many are in areas that were once oil fields but are now suburbs. While carbon dioxide injection isn’t happening in most places, wells can still leak gases like methane and benzene if they aren’t properly plugged, as Inside Energy has previously reported.

Few cities and counties have notification requirements when it comes to building near or on top of abandoned wells, and frequently there is no indication at all that there is a hole, thousands of feet deep, that could someday come back to life.