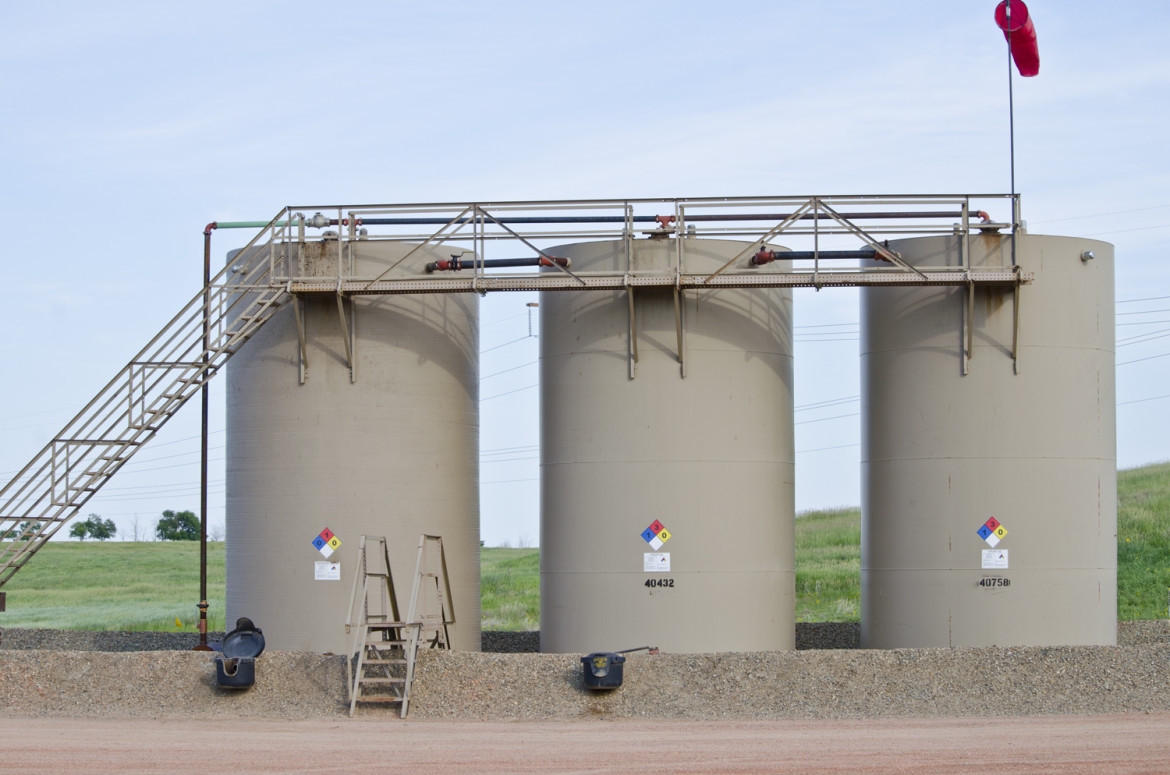 We are hereby launching a new weekly Inside Energy series:

Yes, in these posts, we will be taking questions from our attractive and talented followers through email, social networking, carrier pigeon—whatever works. One of us will choose a question or two each week and doggedly track down the answer.

Alas, we are early in this process, so for this installment I will be answering my own question. It’s one I didn’t even know I had until I was corrected.

Look at the picture up above. What do you think you would call these things sitting out at oil and gas production sites?

NO! NO! A thousand times NO!

See, I was working on this story on Colorado’s new methane regulations. The tanks figure pretty prominently in the piece, since they are the source of the so-called “fugitive emissions” which prompted the regs. After I was finished with the draft, I called up Doug Hock, a spokesman for oil company Encana. I asked him a few questions to double check I was describing the technical processes in the story correctly.

And then I came to this question:

Boyce: “And these tanks, they’re just oil tanks, right? That’s how I can describe them?”

(What follows is generally how I remember the conversation going.)

Boyce: “Uh…I see. But is it OK to call them oil tanks? I mean, in talking to the general public.”

Boyce: “Right, well then, huh. How about gas tanks?”

So, here’s how it works. When natural gas wells start producing, three different components come out of the ground:
-Natural Gas
-Water
-A light-crude petroleum product called condensate which changes from gas to liquid  during the production process

Industry does sell the condensate. The website gasprominfo.com says it is used to make high-octane petrol, as well as jet, diesel, and boiler fuels. It is also used in the production of plastics, synthetic rubbers, fibers and resins.

So, now, it’s up to you. We’re looking for what’s puzzling you about what powers the world.

Our crack team will cradle these questions like priceless jewels, until we can forge them into the golden crown of gathered wisdom—or something.

For now, though, don’t call them oil tanks. That’s not what they are.

editor’s note: An earlier version of this story incorrectly said condensate sinks to the bottom of tanks, rather than floating to the top over the water. Our bad.