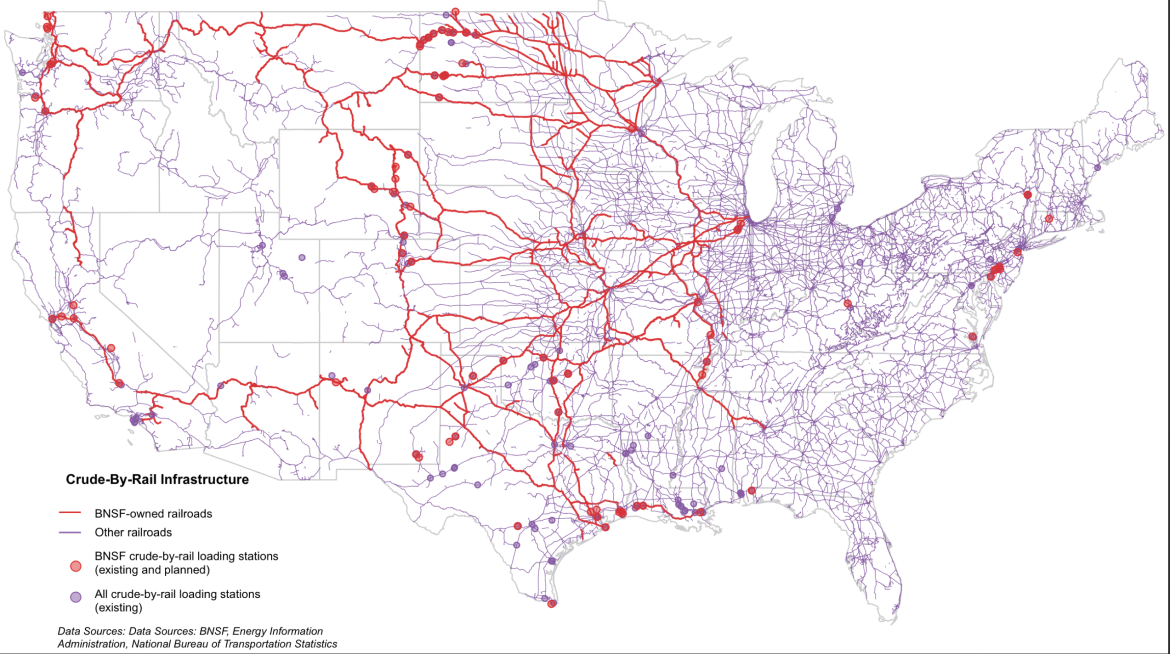 Politico has put together the pieces of the crude-by-rail story this morning with a report that analyzes the oil-train accident rate for the past few decades. Looking at data from the federal Pipeline and Hazardous Materials Safety Administration, Politico reports that the “once-uncommon threat” of oil-train incidents has “escalated dramatically in the past five years”:

This year has already shattered the record for property damage from U.S. oil-train accidents, with a toll exceeding $10 million through mid-May — nearly triple the damage for all of 2013. The number of incidents so far this year — 70 — is also on pace to set a record.

Basing their review on official and on what they termed “unofficial” PHMSA data, Politico says that in 2009, the agency recorded only one oil-train incident. In 2013, 118 incidents were noted, spilling 1.2 million gallons of crude and causing up to $3.5 million in damage.

Rail transport of crude oil has expanded rapidly in recent years with the oil and gas boom. As we’ve reported elsewhere, train traffic exceeded 400,000 carloads last year and four-fifths of that traffic was carried by BNSF on rail lines that snake across the country, through wilderness and city. Each carload carries approximately 30,000 gallons of crude, which we looked at in this story, drilling down into carload frequency (one every 77 seconds!) and content. This map shows BNSF-owned railroad lines and crude-by-rail loading facilities (in red), as well as infrastructure owned by other railroad companies. Although we can\’t be sure where exactly railroad companies are routing train, this map serves as a starting point.

The railway industry agrees that rules need to be tightened to ensure the safety of increased oil transport. But they argue that their overall safety record hasn’t changed. Politico quotes Charles Drevna, President of the American Fuel & Petrochemical Manufacturers:

Are these claims true? Using Politico’s  PHMSA accident data and crude-by-rail freight data from the American Association of Railroads and the Surface Transportation Board, Inside Energy analyzed the rate of damages per carload of crude traveling on U.S. rails from 2009 to 2013. The most destructive year, in terms of monetary losses per carload of oil traveling on U.S. rails, was 2009. Despite the fact that only one spill was reported in 2009, it was costly, amounting to average damages of $71.03 of per carload of crude. But in 2010, 2011 and 2012, damages were $2.03, $3.04 and $2.70 per carload, respectively. Damages rose again in 2013, to $8.31 per carload of oil. The 2013 spill data is “unofficial” because numbers for a spill near Aliceville, Alabama are contested. So it’s impossible to say if the rate of spill damages is actually on the rise.  You can see more of this analysis here.

Still, community activists are angered that the railroads are not required to inform them of the traffic through their towns. In fact, while the federal government now requires the companies to release route information to emergency responders along the train lines, the railroads have balked at releasing that information to the public, the press, and to the communities. Some activists have taken up positions along side the train tracks to literally count and record the trains coming through. Washington state officials have ordered BNSF to respond to press inquiries on routes through communities there, or get a court order by next week.

Meanwhile, in Washington D.C., Politico reports that oil and railroad industry lobbyists are creating a “flurry of foot traffic” to the White House Office of Management and Budget. Their concern: pending new regulations from the Department of Transportation on new tank car standards that could cost the industry around $1 billion. The DOT is also considering tightening up regulations regarding speed, routing and first responders.

And the issues surrounding the safety of crude-by-rail are also wrapped up in another political/energy conflict: the decision on whether or not to approve the Keystone Pipeline.   If that pipeline, designed to carry oil from Canada through the U.S. to Texas, is not approved, more oil is likely to be shipped by train. In a report on the environmental risks of Keystone, the State Department has revised its scenario and found rail transport increases the risk of death and injury along the route.

Inside Energy’s Data Journalist Jordan Wirfs-brock contributed to this post.