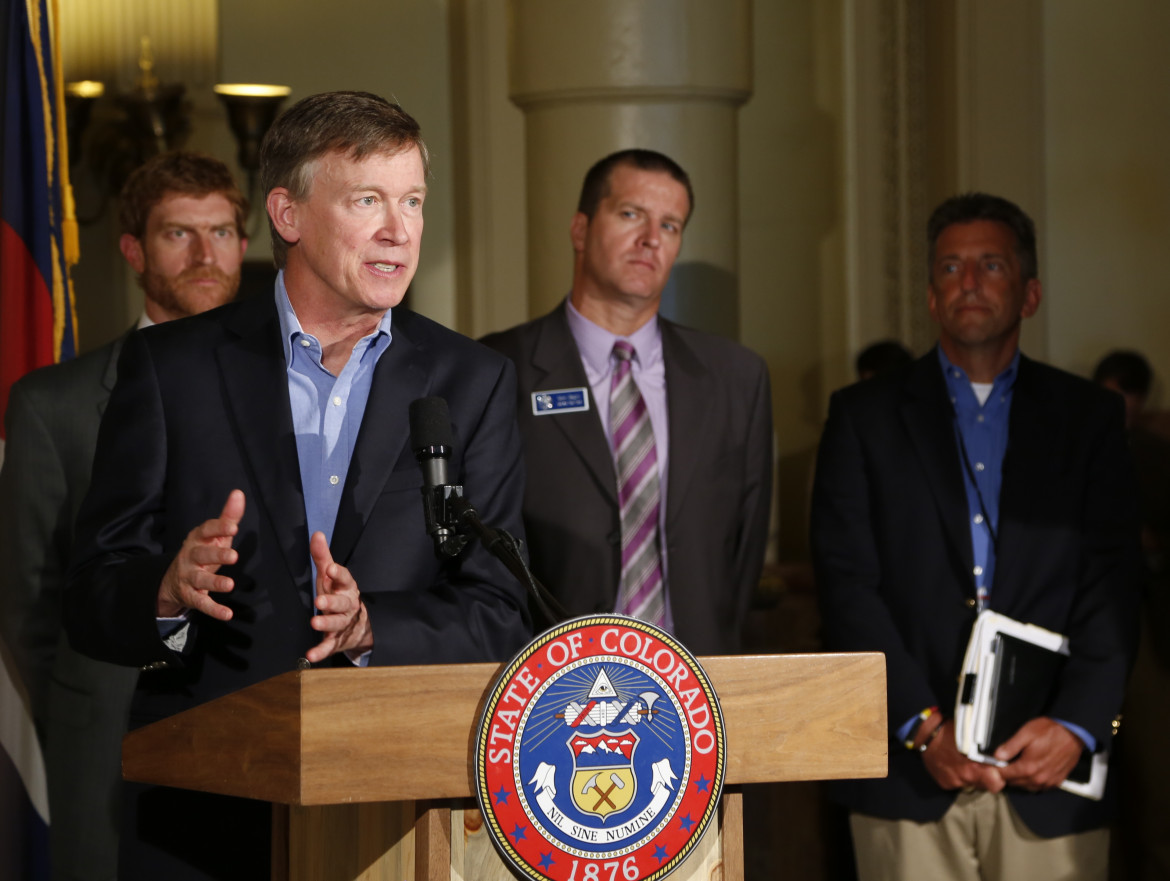 The Colorado Governor’s office has announced a last-minute compromise to prevent a costly election battle this fall over oil and gas drilling in the state. A new task force will be formed that Gov. John Hickenlooper hopes will be a better solution to the fracking wars than competing ballot measures in November.

Colorado has been hogging the national spotlight when it comes to conflicts over new oil and gas operations creeping closer to homes and communities. But, similar concerns over noise and air quality are cropping up in towns from Texas and Wyoming to New York and Pennsylvania.

“What we’re working on here could be a template for what would happen in the rest of the country,” Hickenlooper said of his new oil and gas task force during a Monday press conference.

The 18-member task force will include industry representatives, conservation and agriculture interests, homebuilders and local government leaders. They’ll put together recommendations for the state legislature on resolving land use disputes over new oil and gas drilling.

The announcement douses what was set to be a ballot measure battle of record-breaking proportions this fall.

Millionaire Democratic Congressman Jared Polis had been throwing his full political and financial backing behind two anti-fracking ballot measures which could have significantly impacted the oil and gas industry in Colorado. But Polis says he is pulling that support, in favor of the task force plan, which he calls a victory.

“For the first time,” Polis said. “citizens will be on equal footing with the oil and gas industry.”

As reported by the Denver Post, the compromise also includes the Governor asking state regulators to drop a lawsuit against the city of Longmont for its oil and gas moratorium.

But the whole deal hinges on backers of Colorado’s pro and anti-fracking ballot measures both dropping their ballot measure campaigns.