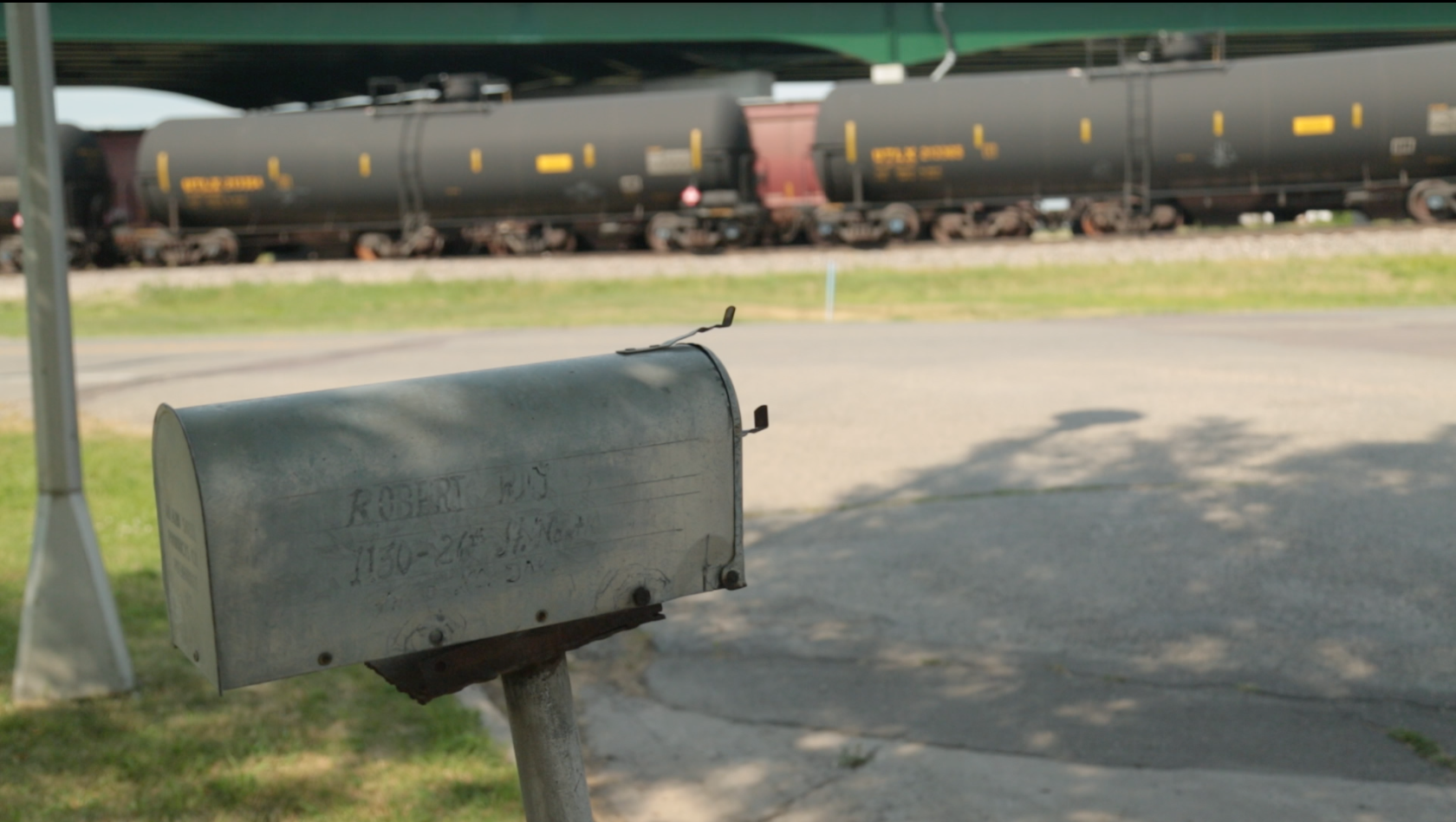 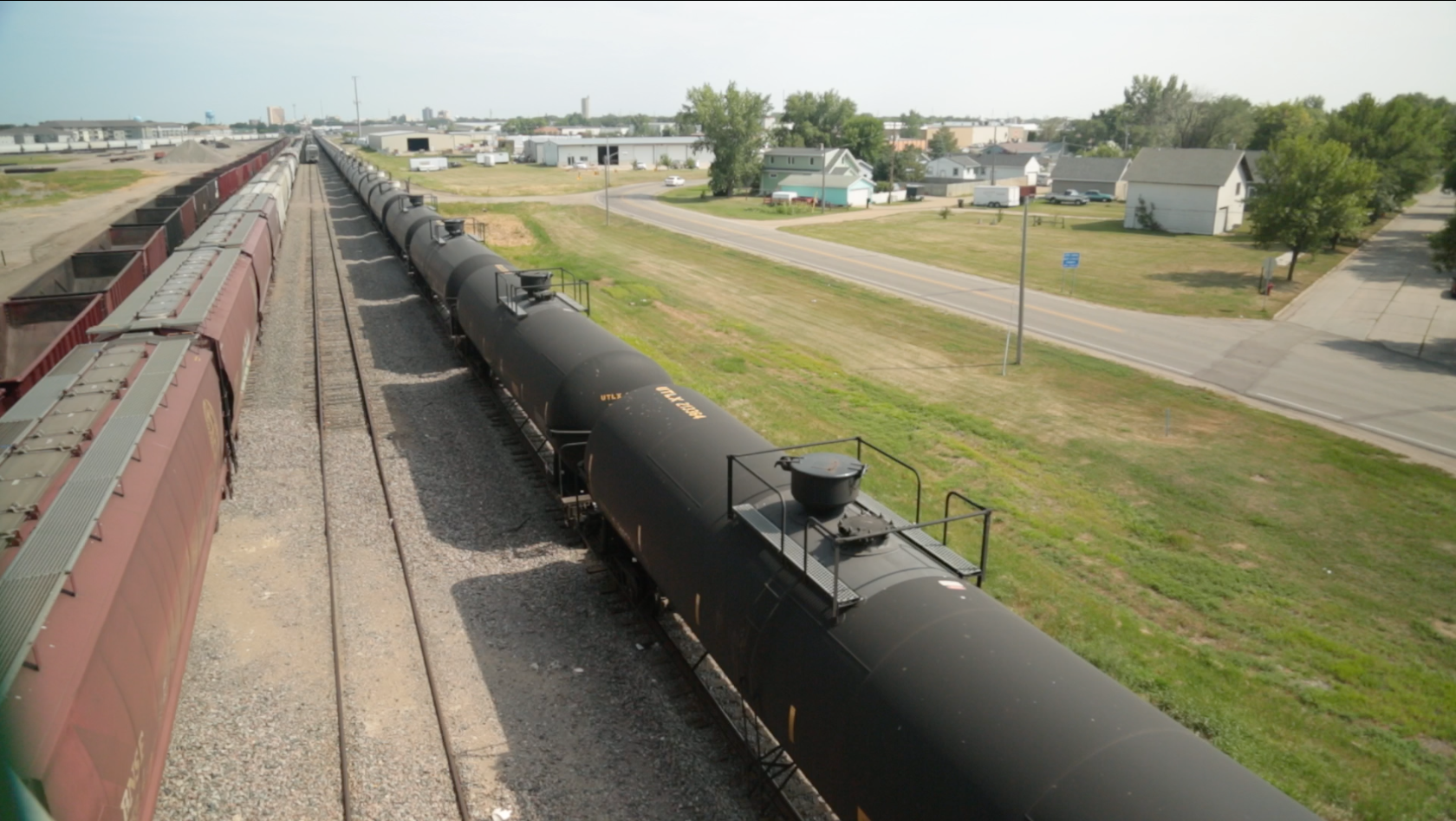 Oil trains idle near a neighborhood in Fargo, North Dakota.

Oil trains are one of the clearest connections between the Bakken oil field in North Dakota and regular Americans. In 2008, no oil left North Dakota by train. Now, over 700,000 barrels a day do. The trains run next to homes and through downtowns from Oregon to Virginia. And when they derail and explode, the consequences can be deadly.

In July 2013, an unmanned train carrying North Dakota crude oil derailed and incinerated much of downtown Lac Mégantic, Quebec, killing 47 people. Six months later, a train carrying grain crashed into an oil train outside Casselton, North Dakota, forcing most of the town to evacuate. Since then, cities with oil train traffic have been preparing for the worst.

In June, both Fargo and Bismarck, North Dakota, did mock catastrophe exercises to prepare first responders there for a possible train derailment with up to 60 casualties. In Minnesota, where nearly 70 percent of North Dakota’s oil passes through, lawmakers are strengthening rail safety rules by beefing up inspections, requiring railroads to help train local emergency responders and submit disaster prevention plans.

But states like Minnesota have no say in what’s carried in the tank cars that roll by on their railroad tracks. That’s why Minnesota Governor Mark Dayton asked North Dakota’s governor to require oil companies to make the oil safer.

“The oil companies are the ones making most of the profit,” said Dave Christianson, senior planner with the Minnesota Department of Transportation. “So we feel the parties who are profiting from it should be responsible for part of the expense.”

Not surprisingly, that’s not at all popular with the industry. They made that very clear at a recent public hearing in Bismarck about proposed regulations that would make industry remove the most flammable liquids from the oil before it’s loaded onto trains.

The room was filled with oil executives representing companies like Continental Resources, Hess and Oasis Petroleum. They testified that the oil itself wasn’t the problem–that track maintenance and human error are what caused some of the recent train crashes. And they pointed out that new regulations would cost them a lot of money.

Finally, they noted that there’s no good way to transport the flammable liquids that would be removed from the oil. North Dakota doesn’t even have enough pipelines to move all its oil–that’s why there’s so much of it on the rails–and once you separate the flammable liquids, you have a whole new product you need to ship someplace.

North Dakota officials say they’ll decide whether to pass new regulations by the end of December. And the federal government is considering ways to beef up the tank cars that carry crude oil. Until then, oil production here keeps rising. And that will likely mean more oil trains — and more worrying — in cities around the country.