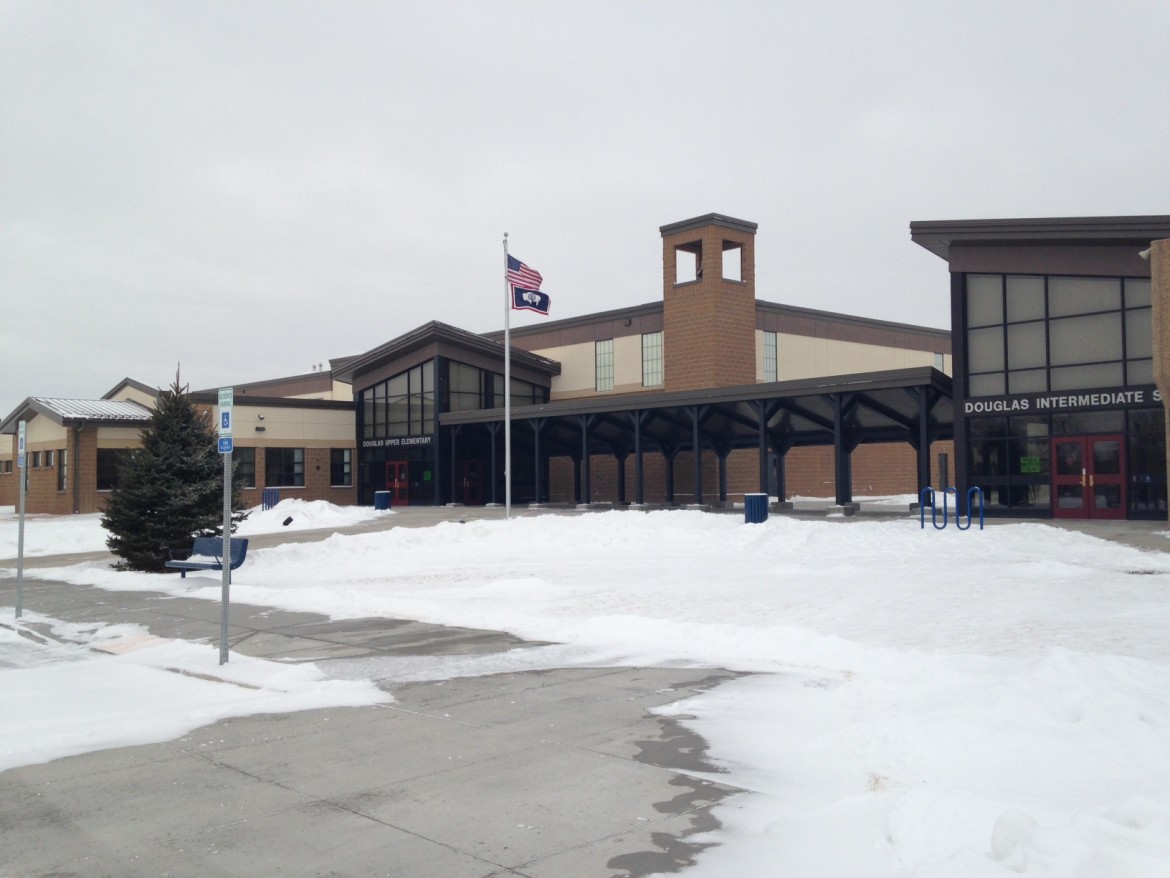 There was a big surprise in the annual state rankings released by the magazine Education Week recently.  For the first time ever, Wyoming made the top 10 list for best places to get your child an education.  It is the only state in the Western U.S. to make the top ten. The reason is Wyoming spends $18,000 per student–50 percent higher than the national average.  Yet Wyoming’s standardized test scores are mediocre compared to the national average. Some say the scores may reflect the number of schools struggling with high fluctuations of students from oilfield families who come and go with the cycles of boom and bust.

Ronnie and Rachel Foshee and their three children just moved to Gillette two months ago. But with the apartment vacancy rate under one percent there, they live in a 31-foot RV trailer in the High Plains Campground. Even with the sub-zero temperatures, Rachel Foshee is thrilled to be in Wyoming. What she loves most is its schools.

“I’ve got a child with ADHD and dyslexia,” she said, “and they’re doing further testing on him and I’m really happy with the school.

She said her kids’ new school is a lot better than the one they attended back in small town Texas. Rachel would like to settle down in Gillette. But with the price of oil dropping precipitously in recent weeks, the layoffs have already started and it may not be long before Rachel’s husband, Ronnie, is looking for work elsewhere.

This constant turnover of children in Wyoming’s classrooms is an issue in Gillette, but even more so up the road in the newer boomtown of Douglas. And that’s making fourth-grade teacher Brent Moser’s job hard.

“It changes it seems like daily,” he said. Just since Christmas break, he’s added two new students. “Another one joined today. So I mean, they’re definitely coming and going.”

The student-teacher ratio for fourth grade is supposed to be 1 to 16. But administrators in Moser district decided to start him off with 26 students, assuming he’d lose many.

“Last year we made a mistake,” said Superintendent Dan Espeland. “We hired additional staff and all of a sudden our classes dropped quite a bit lower in size than we expected them to. So this year we made sure our classes started out higher. It was a little uncomfortable for the teachers.”

But for teachers like Moser, there is a clear reason why class sizes drop in the winter.

“Some of my students live in RV’s, live at the campgrounds,” he said. “There’s just not places to find to live in Douglas and when you do find one the rent is insanely high.

It can cost a thousand dollars a month or more between the RV trailer and its lot. It’s no wonder families can’t afford to stay year-round. But for Moser, it’s not losing kids that’s the hard part; it’s catching kids up that move in mid-year.

“You definitely have to get to know the student very quickly, just to know where they are academically so you can get them where they need to be before they are expected to perform on a standardized test.”

So Moser is trying new strategies to help deal with the wide ranging levels of ability in his classroom. Standing in front of his classroom, he calls the students to attention. “Okay, this is our math differentiated time,” he said. “I will have my five students come to the back table with me.”

Those five kids need individual attention. Two of them are the new kids.

It’s this kind of small group teaching that Representative John Freeman of Rock Springs says we need more of Wyoming’s schools. Freeman taught for 23 years in an alternative school where class sizes are much smaller and kids get special attention for learning and social disabilities, which often come with the territory for transient children. All the alternative schools in the state are high schools, but Freeman thinks that should change.

“As I traveled around as an alternative high school teacher, many other states have alternative schools for elementary and middle school.”

Freeman says for kids who move in mid-term, transferring credits from one school to another is impossible and schools need to be more flexible. He says the national curriculum guidelines known as the Common Core are out of favor in Wyoming, but they would be helpful.

As for the Foshee kids, they’re just excited to experience Wyoming snow and ice. Nine-year-old Clay clamors to get a word in edgewise over his siblings.

“I want to try to learn hockey!” he shouts.

For the Foshees, there’s no plan to move anytime soon. All they’re worried about is adapting to a Wyoming lifestyle as soon as possible.