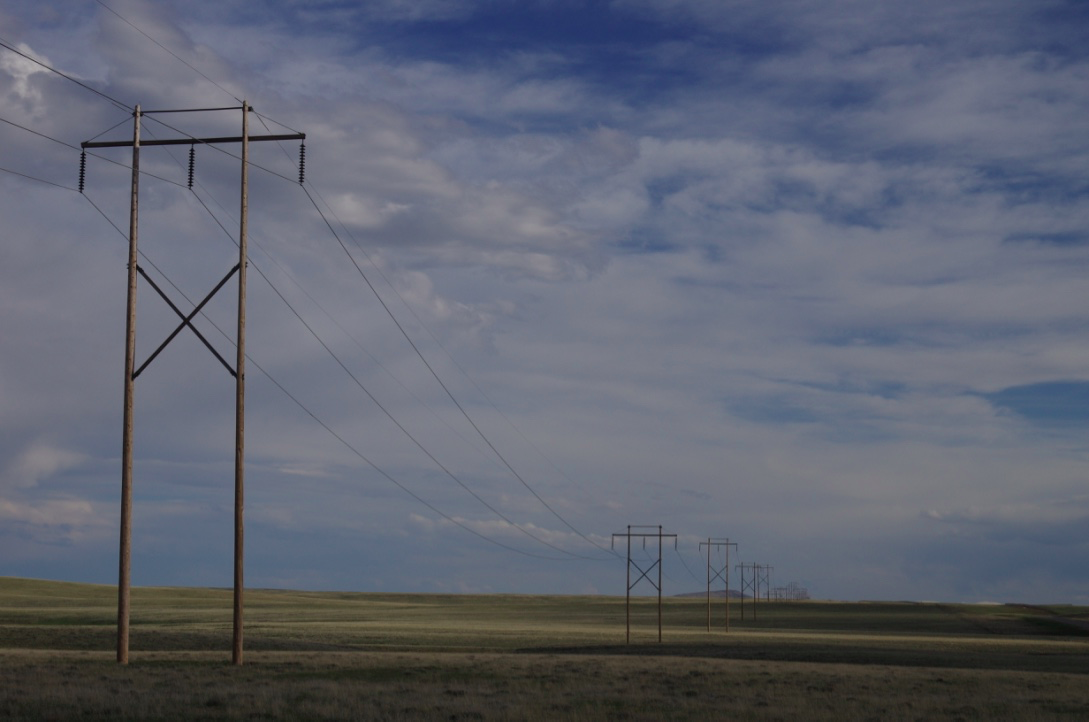 Part 3 of an Inside Energy series Blackout: Reinventing The Grid

On an overcast Florida afternoon five years ago, standing in front of a vast array of solar panels, President Obama pledged to modernize the nation’s power grid. He compared its current state to the road system before interstate highways. “It was a tangled maze of poorly maintained back roads that were rarely the fastest or the most efficient way to get from point A to point B,” he said. On that Friday, the President promised $3.4 billion dollars of stimulus money from the 2009 Recovery Act to do for power what the Eisenhower administration did for the roads. The new grid would be smart and efficient, bringing the tech revolution to electricity. It would incorporate more renewable energy. It would have the ability to fix blackouts more quickly. And, it would save customers a whole lot of money.

So whatever happened to that plan?

In practice, the President’s lofty goals have taken shape mostly in the form of a technology called smart meters. Like a FitBit for your house, the meters collect data about a home’s electricity use several times an hour and then send that data to your power company. In his Florida speech, Obama declared they would lay the foundation for a modern grid—and be good for customers too.

“Coupled with other technologies, this is going to help you manage your electricity use and your budget at the same time,” the President said.

Those are things Cole Manlove would like to do. He’s a high school math teacher, married, two kids—an average American guy.  He is also a customer of Cheyenne Light Fuel and Power, which like many other utilities, received stimulus money to install smart meters for all of its nearly 40,000 customers. Cole Manlove is a customer of Cheyenne Light Fuel and Power, which received stimulus funding to install smart meters for all of its 40,000 customers.

At his house on a recent snowy spring afternoon, I told him about smart meters and he pulled out his electricity bill to see what kind of information it contained about his electricity use. Not much.  The bill displayed a graph of his family’s month-to-month usage, but nothing to indicate the availability of the treasure trove of data promised by Obama. So, Manlove decided to call up his utility and ask: Was there somewhere else he could access that data?

The young man who answered the call was helpful, if perhaps slightly surprised by Manlove’s interest. It turned out that Manlove could log onto the Cheyenne Light Fuel and Power website to see his electricity use, by the hour. Initially, that seemed exciting, at least for a math teacher.

“I can go on it and see my peak usage during the day and maybe I can adjust my power usage. That would be cool!” Manlove said. After looking at the data though, he was less enthused. “[I] was expecting more. [It’s] the bare minimum on daily usage. That’s it,” he said later.

Even so, just accessing the data puts Manlove in a very select crowd—just 5 percent of all Cheyenne Light Fuel and Power’s customers have looked at their usage on the website.

Smart meters may not have delivered the promised revolution for customers, but they’ve proven a boon for the utility companies.

“For the past 128 years or 129 years, we’ve been going out and manually reading meters,” says Matt Seidel, who is charge of the Utility of the Future vision for Black Hills Corporation, which owns Cheyenne Light Fuel and Power. “Now we’re able to gather significantly improved data.”

Moreover, Seidel notes that the smart meters save the company money by eliminating the need for human meter readers. Also, the smart meters let the the utility know quickly when there’s an outage, instead of depending on a customer phone call as in the past. When it comes to the bigger goals outlined by Obama, though, like transforming how we receive and consume energy, Seidel is less sure.

“As far as what we can and can’t do with it, I think we’re still in the infancy stages of seeing that,” he says.

Therein lies the rub. The government spent a lot of the stimulus money on installing hardware—the smart meters—but focused less attention on the next steps, like making sure that that hardware would be useful for customers and integrating the data into the operations of the entire grid. Which is not to say there isn’t enormous potential.

“People talk about the internet of things, and what the smart grid is really about is the internet of energy,” says Tom Seibel, CEO of C3 Energy, a company that helps utilities use all the new data they’ve collected from devices like smart meters.

But such a web is still a long way off. It requires huge, systemic changes to the way utilities work, and right now, there’s little business incentive to make those changes in the absence of government grants.

If all smart meters accomplish, though, is cutting costs for utilities and telling us when the power is out, then maybe the smart grid isn’t so smart after all.