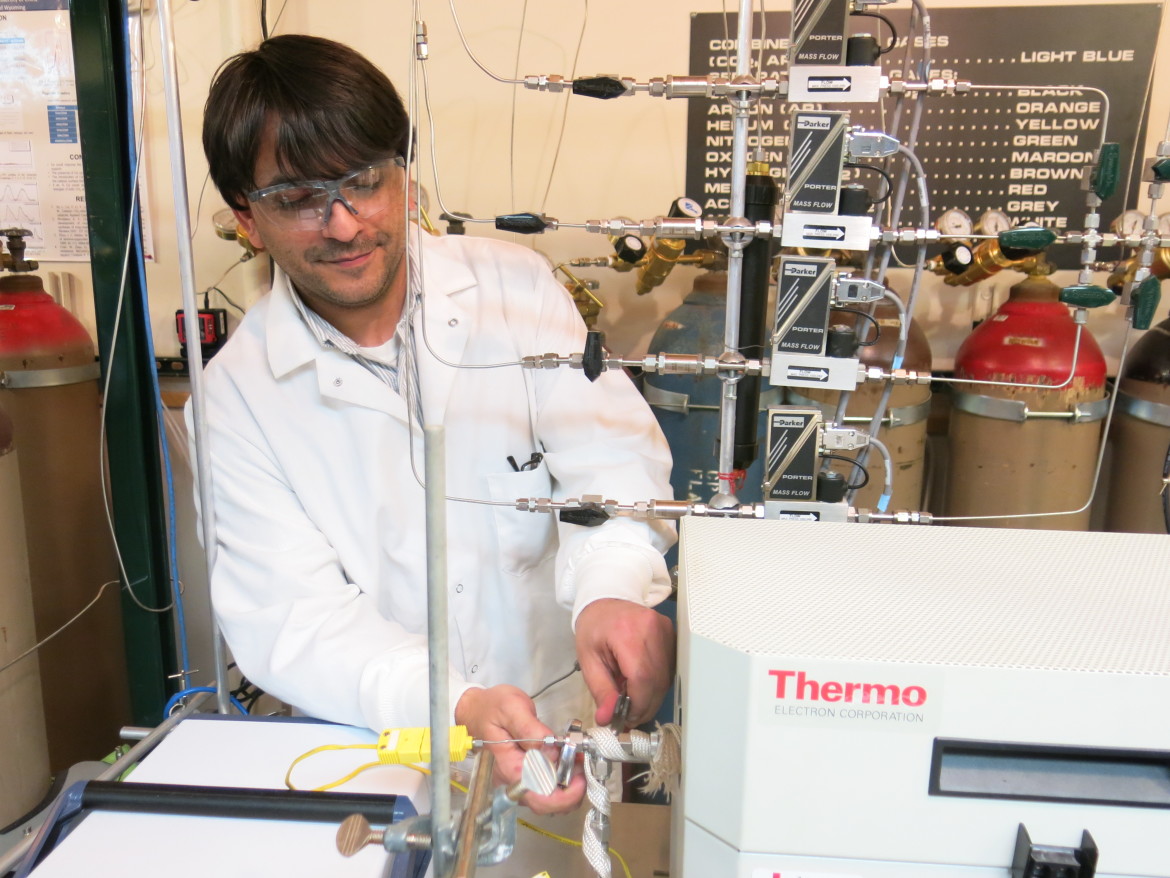 Carbon dioxide emissions have a pretty bad reputation these days. The Paris Climate Conference brought together delegations from all over the world in an effort to cut carbon emissions and avoid catastrophic global warming. But right now, the dirtiest fuel – coal – still supplies nearly 40% of the electricity in the U.S. and in even more in many developing countries.

The good news is this gas isn’t always destructive. Carbon dioxide or CO2 can actually be turned into a building block to make all sorts of products that we use every day.

Wyoming, a state that is heavily dependent on coal for both jobs and revenue, has joined the furious race to control carbon, with the twin goals of slowing climate change and also keeping its coal on the market. One of the latest efforts is a $15 million investment in a carbon testing center called the Integrated Test Center that will be built near Gillette, Wyo.

One of the ITC’s first tenants will be teams competing for the Carbon XPrize. It is a $20 million challenge, sponsored by US energy giant NRG Energy and Canada’s Oil Sands Innovation Alliance. A promotional video urges viewers to “reimagine CO2,” while animated sunglasses, bicycles, sneakers, and smartphones dance around the screen.

The goal of the competition is “…to develop breakthrough technologies that will convert CO2 emissions from powerplants and industrial facilities into valuable products like building materials, low emissions fuels, and other items that we use everyday,” the narrator in the video explains.

In other words, the big vision is to remove carbon dioxide from the emissions that come out of a smokestack and put them to use. The technical term for this seemingly basic innovation? Carbon utilization.

Pressure is building worldwide to deal with emissions in a wide variety of ways: from investing heavily in renewables, to putting a price on carbon. Carbon utilization could be a critical part of that package and so researchers all over the country are working on it, as is the Department of Energy in collaboration with China. In Wyoming, the stakes are huge. “I can’t wait to see what great minds come up with to reimagine CO2. I believe the innovations will be breathtaking and make a profound difference in the future of coal,” Governor Matt Mead said of the Integrated Test Center.

I met Anthony Richard, a chemical engineering student at the University of Wyoming, in one of the on-campus labs. He is experimenting with a variety of catalysts to convert CO2 and hydrogen into a chemical compound called methanol. Richard explains to me that methanol is used to make products like paints, plastics, vinegar, and other chemicals.

“If we can utilize the CO2 instead of releasing it into the atmosphere, that’s going to be an important thing. And in addition to the context of climate change, the economics impacts of… not giving away something that we can then convert into a product that has value.”

Products like carbon fiber, cement, plastics, fertilizer, dry ice, and the even the carbonation in soft drinks can all be made from captured CO2. It can also be pumped underground to get more oil out, a process known as Enhanced Oil Recovery. But the aim of this research goes way beyond the novelty of carbonating your coke. The holy grail is finding a way to pay for the process of carbon capture. University of Wyoming students mix different catalysts to prepare them for experiments focusing on carbon capture.

Carbon capture is technology that removes emissions right out of the smokestack. But it is expensive and, ironically, uses a lot of energy in the process. Simon Bennett, an analyst with the International Energy Agency, said offsetting those costs with carbon products is a seductive option.

“Technology gets provided, consumerism will do the rest and that’s a very, very attractive thing,” Bennett said.

“The willingness to pay for CO2 to use it in industry is really not stacking up in the current market context,” Bennett said.

Despite these odds, and a serious push from many nations to drastically cut down coal usage, coal-dependent economies all over the world are hoping that low-carbon technology will allow the world to keep burning coal for electricity.

“The real fly in the ointment is the technology gap between our desire to do that and our ability to do that,” Mark Northam, Director of the University of Wyoming’s School of Energy resources said.

But bridging that gap will take time, money, and government support and those are three huge obstacles to a low-carbon future.