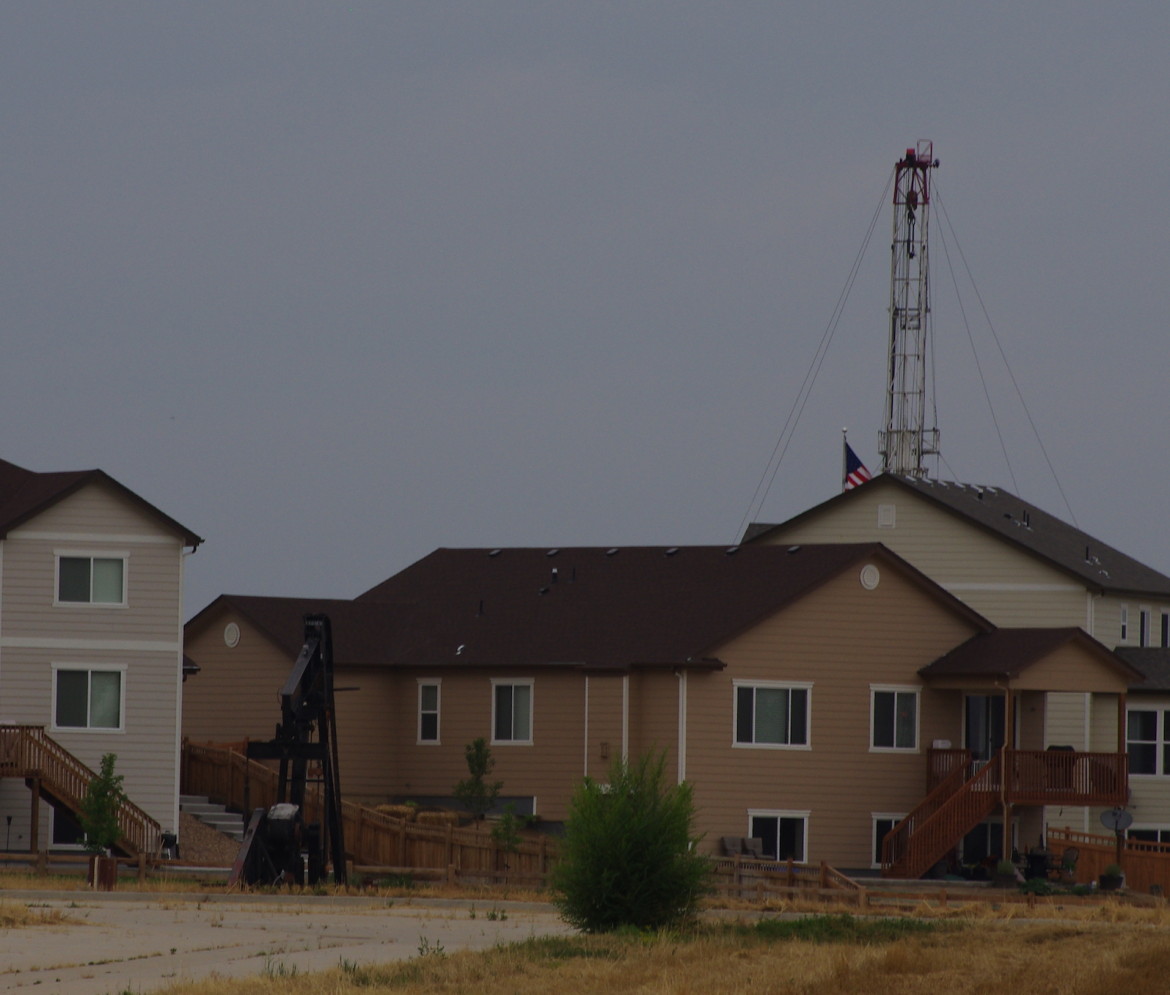 The latest chapter in the drawn-out fight over where energy producers can drill in Colorado came to a close this week, as two oil and gas related ballot initiatives failed to get enough signatures to actually make it on the November ballot.

At a recent event in Denver’s Skyline park, environmentalists met under bright blue skies to talk about renewable energy. The theme of the clean energy event was “Ready For 100,” referring to Colorado cities committing to get 100% of their electricity from renewables by 2030.

It is no surprise then that people in this crowd had some strong opinions on the two ballot measures. One would have increased the minimum distance between oil and gas facilities and other development. The second would have given local governments more control over drilling.

“The supporters of the ballot measures were able to organize over 200,000 people to sign those petitions and that’s quite a feat,” Jim Alexee, Director of the Rocky Mountain Chapter of the Sierra Club said. “So while they didn’t  make the ballot, I think it demonstrates that this is a serious problem that the citizens of Colorado want to address.”

According to the Colorado Secretary of State’s Office, supporters collected exactly 213,858 signatures. From a 5% random sample, around 27% were thrown out for reasons like bad handwriting or wrong information. So, ultimately, the measured failed to meet the minimum required number of signatures: 98,492 for each.

“Maybe we just ban it before we have to worry about the jurisdiction,” Jeanne Bassett, with Environment Colorado said.

For Bassett, this whole debate over how to regulate oil and gas is almost beside the point, especially given the theme of today’s event.

“If you have communities who are making commitments go to 100% renewable, there will be less and less need for fossil fuels,” Bassett explained.

But fossil fuel production is a big industry in the state. Colorado ranks in the top ten nationwide for production of natural gas, oil and coal.

Ted Trimpa, a Democratic strategist and a lobbyist for the oil and gas industry, said that whether you like it or not, Colorado is known for these resources. But, he cautions, the ballot saga that has unfolded over the past few months should not be ignored.

He is referring to Weld County, where wells, drilling rigs, homes, and businesses co-exist practically on top of the each other. According to the US Census Bureau, Colorado was the fourth fastest growing state in the country, in terms of population, between 2010 to 2015.. Energy-rich North Dakota was number one. In Colorado, that combination of population growth and energy production means there is bound to be some conflict, Trimpa reasoned.

Conflict was also there in the spring of 2016 when Colorado’s Supreme Court ruled that state law trumps local decisions when it comes to regulating oil and gas development.

Conflict was there in 2014 when Governor John Hickenlooper announced the creation of an oil and gas task force to forestall anti-oil and gas measure on that year’s November ballot. The idea was to have the task force resolve conflicts between residents and industry as an alternative to ballot measures.

“The Governor made a very valiant attempt to at least set a framework. But it never really could solve all of it,” Trimpa said.

Trimpa was referring to a whole host of issues including local control and setback distance, neither of which have been resolved since. As a result of this week’s ruling, Colorado has two more failed ballot initiatives and lots of cash leftover from the fight. The most recent data shows that environmental groups behind the initiatives have just under $43,000 remaining while opposition groups have $9 million.

“We fully expect another attempt at getting ballot measures on in two years. We may very well need that money to prepare for the next one,” Karen Crummy, a spokesperson for the opposition group, Protect Colorado, said.

Environmental groups have until the end of September to appeal the decision on this year’s ballot initiatives.