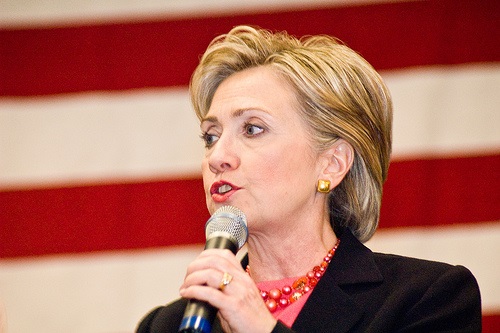 Trevor Houser of the Rhodium Group

Hillary Clinton’s energy strategy would move the U.S. away from fossil fuels. But one of her closest energy advisers has roots in a top fossil fuel producing state. Trevor Houser grew up in coal-rich Wyoming. He’s a partner with the Rhodium Group and leads the firm’s energy and natural resources practice.

While Clinton’s plan does include $30 billion dollars for struggling coal communities, the emphasis is on going green by installing half a billion solar panels and putting more fuel efficient vehicles on the road.

Inside Energy’s Leigh Paterson spoke with Houser about crafting energy policy in the middle of an energy bust.

“I lived in Wyoming during the oil price collapse of the early 80s. While I was a young kid at the time, after that collapse, there was a large outmigration from the state. So the narrative that existed in the state when I was growing up was largely about how can we keep young people here, post oil price collapse in the 80s. I was also certainly aware of the role the extractive industries played in funding schools across the state, including the schools that I went to. And that kind of central role that oil and gas and the coal industry played in the state’s economy.”

“It’s ensuring that the public is protected and that oil and gas production is done in a safe and responsible manner. That groundwater is protected, that communities that crude trains travel through, that pipelines travel through are protected. And that methane emissions are successfully controlled. She also believes that to meet the climate challenge, to make our economy more secure, that we need to reduce the amount of oil that we consume as a country.”

“Elections are about contrast and about friction. This year the republican party has nominated a man who believes that climate change was a hoax invented by the Chinese. That’s a very different vision for the future of the democrats and that Secretary Clinton is putting forward. So that contrast, I think, is indicative of the broader contrast between the two candidates and their approach to the future and what we need to do to get the economy working for everybody.”