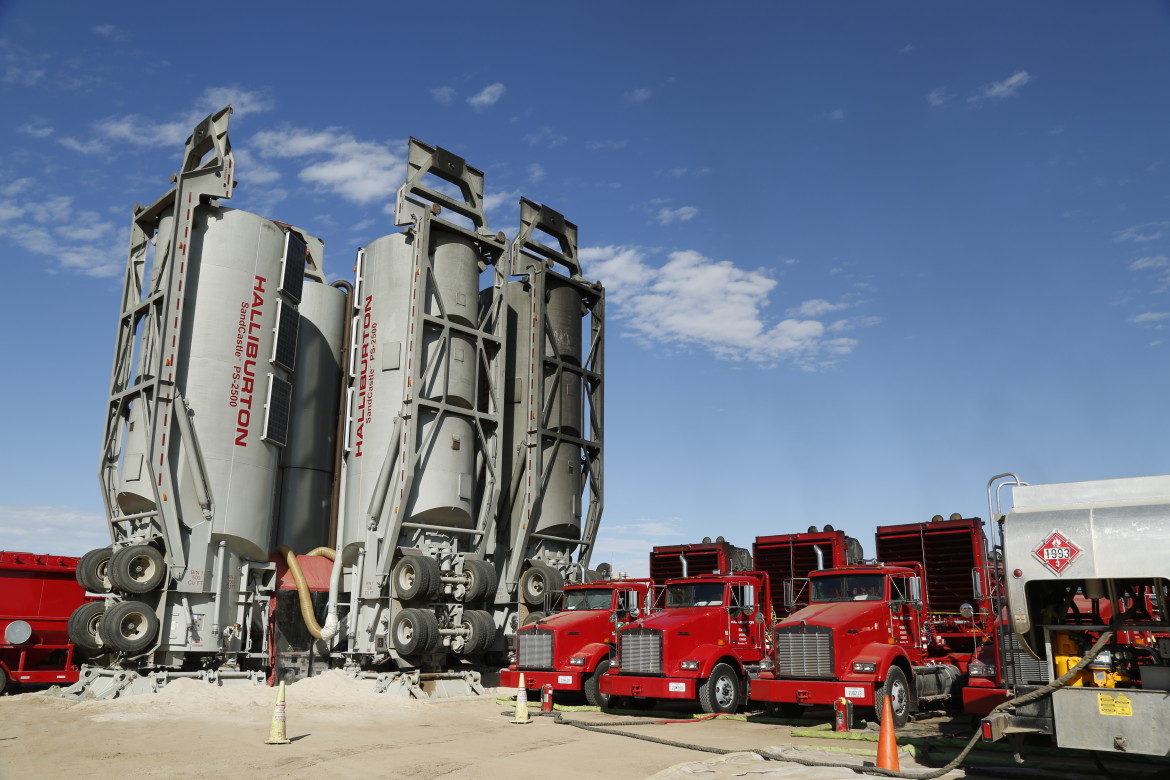 The oil and gas industry dodged a bullet this year in Colorado. A last-minute political compromise, championed by Governor John Hickenlooper, derailed a series of ballot measures that could have seriously restricted the industry’s ability to operate in the state.

But, many Colorado communities are still leery about the oil and gas drilling they see right outside their doors. So, oil companies are working hard to polish their public image, both through messaging and improving their drilling techniques.

It is not as if public relations is anything new for oil and gas. Companies in energy states around the country have invested in the communities where they operate for decades.  It is all part of their “social license to operate.” Encana, one of Colorado’s biggest oil companies, sponsors the scoreboard at Erie High School. The company is set to spend over half a million dollars on these types of projects in Weld County alone this year.Take one of Colorado’s biggest operators, Encana, as an example. The company spends more than $1 million dollars in the state every year on projects ranging from high school football stadium scoreboards to front range flood relief.

Here are Encana’s figures, released in an email to Inside Energy, for this kind of “community investment” spending just in Weld County, the heart of the state’s oil and gas boom:

But, Colorado State University Professor Charles Davis said, in the wake of drilling bans and the attention this year around the ultimately unsuccessful ballot measures, the industry has been stepping up it’s public relations efforts:

“They’ve ramped things up because public concern has also increased,” he said.

That may be putting it mildly.

Part of that ramping up on the industry side is a public education effort significantly more aggressive than a few company-sponsored scoreboards.

For example, two industry giants, Noble and Anadarko, founded a non-profit group called Coloradans for Responsible Energy Development (CRED) a year ago, after drilling bans and the anti-fracking crowd started gaining momentum. The organization pays for TV, radio and print advertising which seeks to explain not only the economic benefits of oil and gas drilling in the state, but to lay out the industry’s view that fracking is safe and well-regulated.

“We really needed to do this a long time ago,” said CRED Communications Director Jon Haubert, “but better late than never.”

But, even though the fracking initiatives were pulled from the November ballot, CRED and Protect Colorado are not shutting their doors. Both groups expect to remain funded and to continue their public relation efforts for the foreseeable future.

“All of these types of discussions are gonna be here tomorrow, the day after, next year and for many more years,” Haubert said.

On the other side of the battle for hearts and minds, companies are innovating ways to lessen their visible impact on the ground.

Anadarko has been using what it calls its STIM Center for about a year now to consolidate and centralize it’s visible impact.  STIM is short for stimulation–a gentler word for fracking.

At the STIM site, red semis are backed in around gray towers, called sand castles. The sand mixes with water pumped in from a nearby source and small amounts of chemicals. This slurry is then injected into the ground at high pressure, cracking open shale formations and allowing oil and gas to flow.

Engineering advisor Rebecca Johnson said companies normally need to set up this gear at each individual pad of four or so wells. But, the STIM center uses “remote fracking” to consolidate that impact.

“So we’re laying a line from this site over to another site that may be a mile away,” Johnson said.

By pumping the fracking fluid through temporary pipelines, the STIM site can frack 20 different wells instead of four. The center dramatically reduces the size of well sites and cuts the amount of truck traffic needed to serve the wells. Anadarko says it is the first time such technology has been implemented specifically for the purpose of lowering public impact.

The company now hopes the public will take notice.