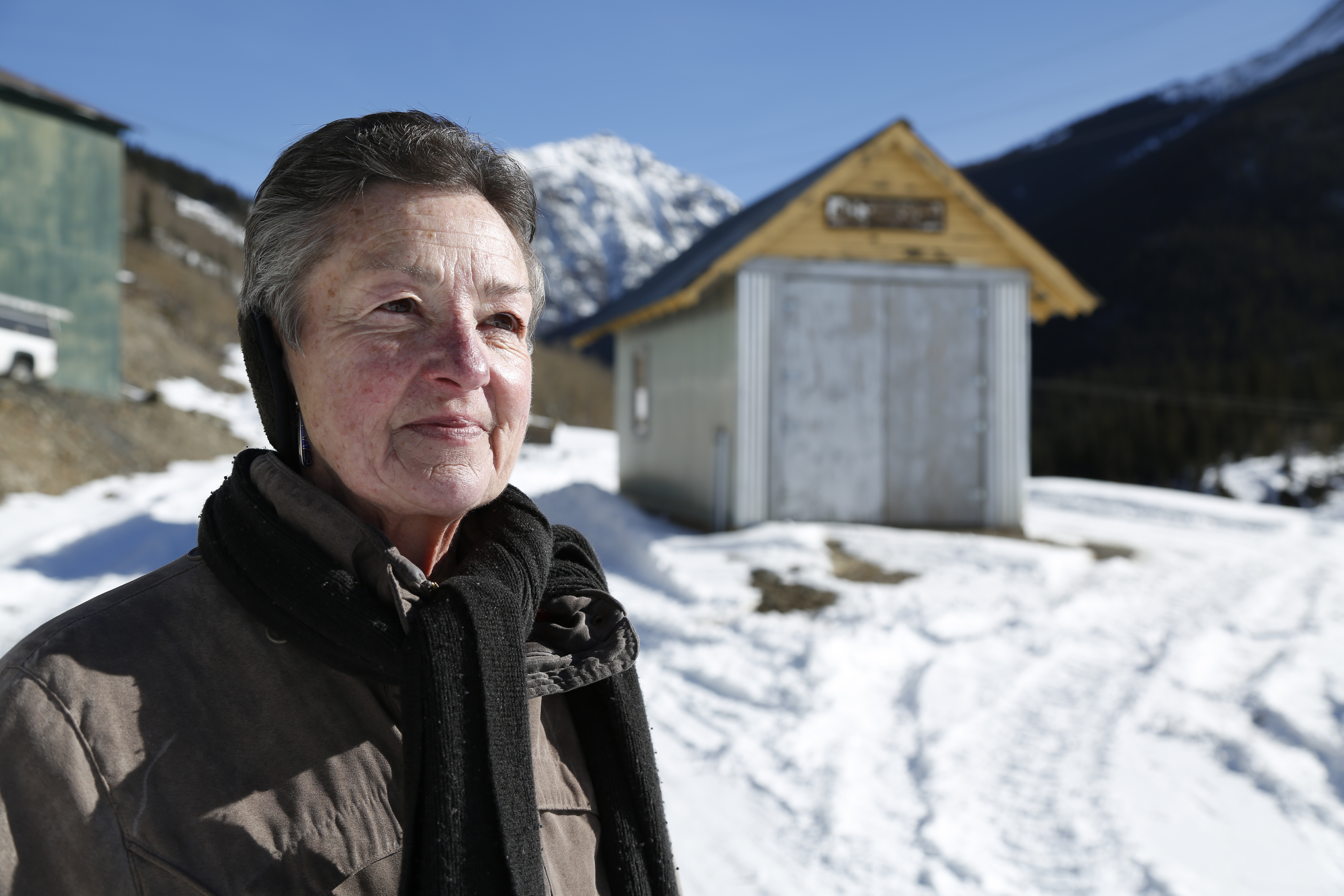 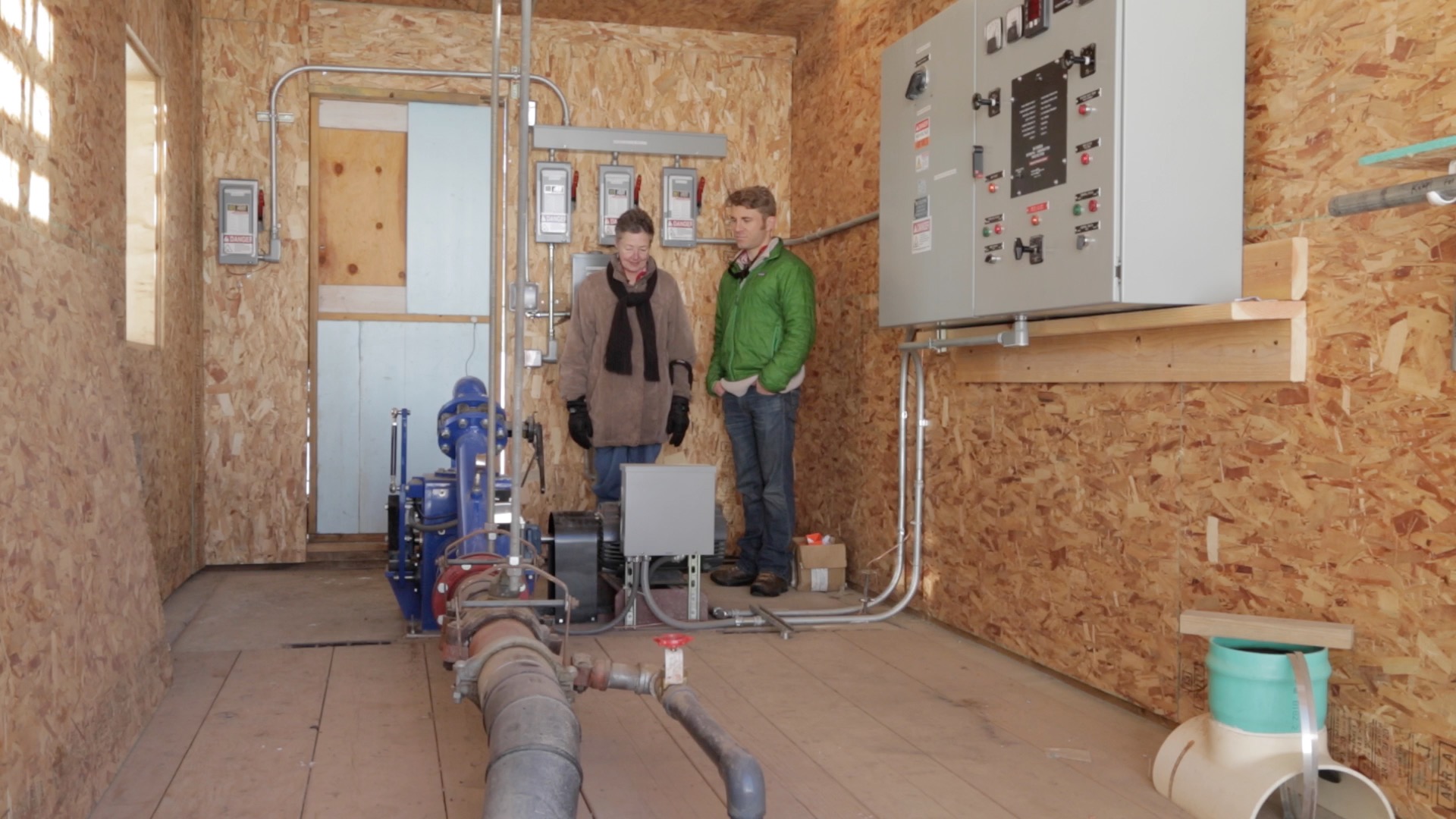 Beverly Rich and the author talk about the generator hooked up to a historic mill's water pipeline.

In the rugged peaks outside the Southwestern Colorado town of Silverton sits a prime example of the future of hydropower. It’s not a behemoth new dam blocking one of America’s rivers; it’s a humming generator no bigger than a wheelbarrow, pulling in water from a mountain stream and making enough electricity to power ten homes.

“I think the days of the megaprojects in hydropower are gone,” said Boulder-based energy analyst Cameron Brooks. Instead, a fledgling industry is taking shape, focused on putting small electricity generation on already existing non-powered hydro infrastructure. It’s a flurry of new economic activity Congress can take a lot of credit for, and it’s an issue with opportunity for further political compromise as Republicans take control in the U.S. Senate.

The San Juan County Historical Society operates the small generator in Silverton. It’s attached to a water pipeline at a historic mill site that the group was given about 15 years ago. Mill workers used the pipeline in the early 20th century to help process gold and silver ore mined in the neighboring mountains. Historical Society Chair Beverly Rich wanted to use the pipeline to generate electricity. Yet, the project stalled when she was told her generator would have to go through a federal licensing process akin to what would be required if the historical society wanted to build a new Hoover Dam.

In the summer of 2013, the Silverton mill project was a poster child in hearings on legislation meant to showcase an overly-burdensome federal regulatory process for small hydropower. It turned out to be persuasive to lawmakers.

“Incredibly enough, in this horrible time of gridlock, it passed unanimously,” Rich said of the bill.

President Obama went on to sign that and another major reform bill for small hydro. These laws dramatically streamlined the federal licensing process for projects like the mill. Brooks said the package of legislation hit a rare bipartisan sweet spot. For lawmakers on the right, the legislation shrank federal bureaucracy. On the left, it meant a win for renewable energy without building new dams on Americas rivers.

Fans of small hydropower are actually happy with congress right now. Still, they are looking for more. Kurt Johnson is a Colorado-based hydropower consultant who testified at a congressional hearing for the 2013 bills. He agrees that the bills have been very helpful in spurring more development of small hydro. Yet, he describes them as a kitchen knife gently cutting the government’s red tape, when what is really needed is a machete. For Johnson, it shouldn’t just be a matter of reducing the licensing process.

“If the projects are tiny and non-controversial,” he said, “why is the federal government involved at all?”

Removing all federal oversight may be a tall order even for this new Republican-controlled Congress. However, hydropower legislation will likely make a reappearance. Alaska Senator Lisa Murkowski is set to be the new chair of the Senate Committee on Energy and Natural Resources. Her office declined multiple interview requests for this story, but she’s on record calling hydropower an under-developed resource, saying more hydro could support economic growth and create jobs. As far as the country’s energy needs, there is vast potential. The outlet of Button Rock Dam.

Kurt Johnson recently met for an interview at the base of Button Rock Dam near Longmont, Colorado, where a surging jet of water was launching at least 50 feet into North St. Vrain Creek.

“This is a great example of an enormous amount of mechanical energy which is currently being completely wasted,” he said.

There is no generator hooked up at the outlet of Button Rock Dam. If there was, it could power 500 homes. And, ironically, a project of that size is still considered small hydro; in fact, a project more than double that size would be still be labeled as such. Johnson said a developer for Button Rock is in the early stages of the federal application process set out under the 2013 bills.

The Department of Energy estimates that if generators were put on all existing non-powered dams in the U.S., like Button Rock, it would create about as much power as a dozen large coal-fired power plants — or, to put it another way, enough electricity for at least four million homes.

Editor’s Note:  An earlier version of this story stated incorrectly that the small hydro-generator in Silverton makes enough power for about two water heaters.  Actually, it generates enough electricity to power ten homes.  We regret the error.