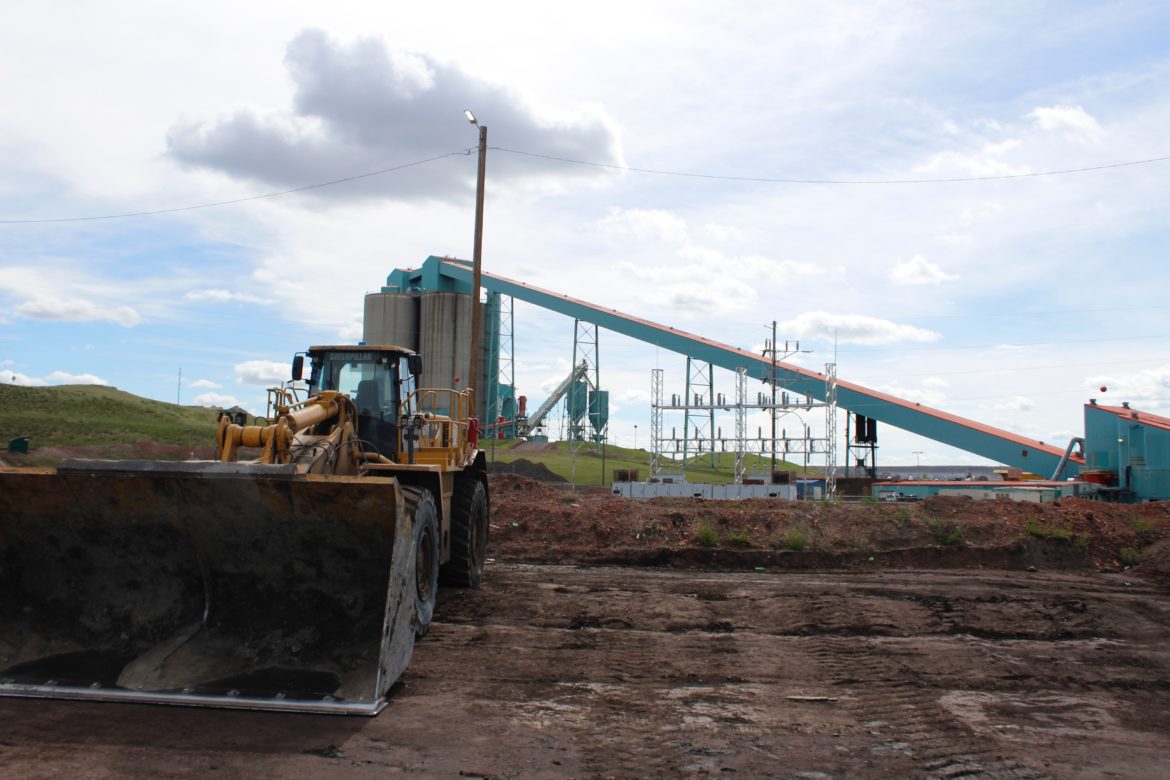 A front-end loader sits in front of a coal elevator at the Eagle Butte coal mine in Gillette, Wyo.

A changing climate may be bad PR for fossil fuels, but it could help their bottom line.

Two major coal companies released earnings reports in late July stating how higher temperatures mean coal stockpiles are being eaten up. Both Arch Coal and Cloud Peak Energy are hoping for a long, hot summer so that trend continues.

Basically, the companies expect that a warmer summer means we will all crank up the air conditioning, thus using more electricity. About a third of the country’s electricity comes from coal.

Arch Coal’s report says days in which we use air conditioning — called cooling degree days — are “more than two percent above the five year average.  And coal inventories have been reduced dramatically.”

He explained that last year, natural gas was the big winner in the summer. Prices were way down last spring and utilities bought up natural gas reserves — but they already had contracts to buy coal.

“And so companies weren’t burning their coal, but they were still receiving their coal,” Godby said. “And their stockpiles went through the roof.”

Now with gas prices a bit higher, utilities are turning to their coal piles.

“Warmer temperatures are good, especially if you’re a power producer,” he said. “And that’ll cause gas prices to rise and it’ll cause demand for coal to go up. That’s what you want.”

The other thing power producers and fossil fuel companies want, or at least could benefit from? Extreme storms.

“Any times you have hurricanes in the Gulf, that certainly affects the oil prices,” said Bruce Hinchey, president of the Petroleum Association of Wyoming.

He said hurricanes in the Gulf of Mexico could help oil companies far away from the Gulf, like those in Wyoming or Colorado. The storms disrupt Gulf operators’ ability to produce oil. As a result, less fuel supply nationally means higher prices.

And then there’s cyclones. One hit Australia back in March, hurting coal production there. Coal prices went up everywhere else.

And, remember the polar vortex? The weather event where a pocket of cold air battered the northeast a few years ago?

“The polar vortex of 2014 really drove a significant increase in demand for home heating,” said Rick Curtsinger, spokesman for Cloud Peak Energy. “Coal was able to provide home heating in an affordable, reliable way, because it’s able to be stored at power plants therefore it was ready to be dispatched as the need arose.”

So heat, polar vortexes, cyclones, hurricanes — all drive demand for fuel.  And there’s a connection between all that demand and the weather itself.

Getting back to the air-conditioned economists office, Godby says overall, weather volatility may be good for some industries in the short term. But there are too many unknowns about how it’s going to play out for the country’s energy systems.

“People tend to think of climate change as global warming. ‘It’s going to get warmer.’ What they don’t think about are the implications of volatility and how that really stresses existing systems,” he said.

In that polar vortex for instance, some coal couldn’t be used because it was frozen solid. Other coal plants couldn’t start up because they had been offline for so long. There are unforeseen challenges to all these changes.

All we do know is that, for the short-term, coal and gas are going to beat the heat.